Kit Harington, star of “Game of Thrones”, has added his voice to the list of those concerned about global climate change. The actor plays Jon Snow on the show, and he says that he is growing increasingly worried about the impacts of global warming, which are now affecting the filming of the HBO show.

The threat of a long, apocalyptic winter coming from Winterfell is a central theme of the show, and Harington notes that the threat is essentially the opposite of what is happening to our planet right now. 2016 was the warmest year on record across the globe, breaking the records held by the two years preceding it.

The hot weather brought by global warming has made filming snowy scenes for “Game of Thrones” increasingly difficult.

“The one irony I found this year, it was a very sad irony: We went to Iceland to find snow, because winter is here,” Harington said in a recent interview with Time magazine. “We got there and we were lucky to get the snow we did, because, in our world, winter is definitely not here. It’s this weird parallel, the opposite parallel. We go out there this year, and the glacier that me and Rose [Leslie] filmed on four years ago, I saw it and it has shrunk.”

Global climate change is making glaciers around the world recede, with the rising sea levels threatening coastal cities. The last winter season saw several unusual storms push into the Arctic up from the North Atlantic, which brought near record or record warmth to places like Norway, Greenland, Iceland and the North Pole.

“I saw climate change and global warming with my own eyes, and it is terrifying,” said Harington. 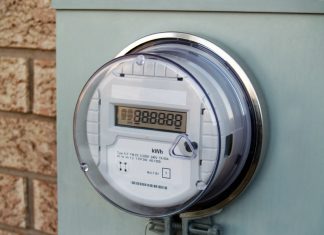