Cryptocurrencies and renewable energy technologies have one thing in common, they’re both disruptive technologies, representing an alternative to traditional business models. Perhaps it is only remotely surprising then that a new cryptocurrency meshes the two concepts. SolarCoin is a cryptocurrency which is earned by generating solar electricity.

Those who have photovoltaic arrays can earn themselves some coins simply by generating solar electricity in a type of solar rewards program designed to incentivize the production of more solar energy and functioning as a cryptocurrency with a lower carbon footprint than Bitcoin and other similar currencies. Since the project launched back in 2014 the project has given SolarCoins to users of more than 10,000 solar installations, rewarding generation of around 200 MW of electricity. 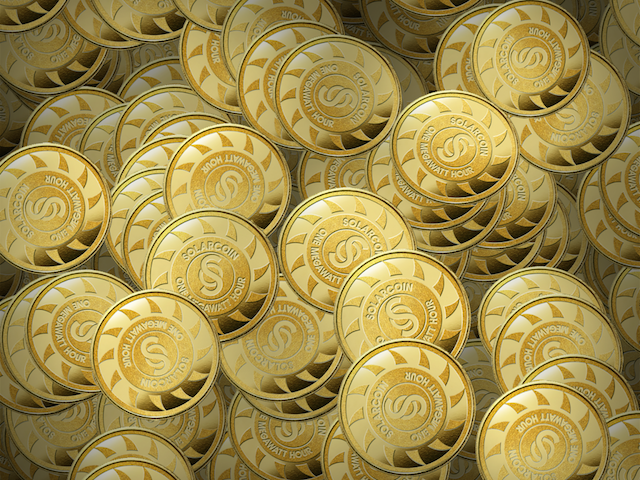 More than 34 million SolarCoins are in circulation now, supporting solar producers in 23 different countries, with an additional 5,000 or so coins released every week. The coin is also being accepted by two different solar focus crowdfunding platforms: TheSunExchange and Lumo. French collaborative energy supplier ekWateur recently became the first energy company to start accepting the coins as payment.

Currently, SolarCoin is valued at around $0.20, but is hoping to reach an eventual value of $30.00, meaning the currency has some growing up to do. SolarCoin must attract more investors in solar generators, in addition to scaling up its adoption as a viable form of payment for both sellers and buyers of goods. SolarCoin had some recent success when Swiss currency marketplace Lykke Exchange started dealing in SolarCoins, but the cryptocurrency still has a long road ahead of it. Its success will depend on its ability to differentiate itself from other cryptocurrencies and generate a robust ecosystem for itself.

SolarCoin does have one advantage than most other cryptocurrencies do not, it has a value outside of just the financial aspect of the currency. It may be able to effectively incentivize the production of solar energy and investment in solar infrastructure, which SolarCoin hopes to underwrite for around 40 years, for about 97,500 TWh worth of solar electricity. 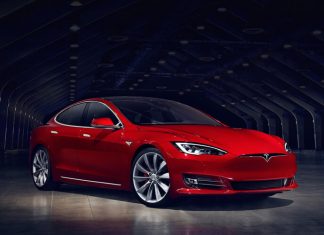 June 3, 2017
Tesla seems to be sitting comfortably ahead of the competition, at least when it comes to the area of large luxury sedans. Despite competition...