Edmonds, Washington is the newest city to join the 100% Renewable Energy Initiative created by the Sierra Club. Edmonds is the first city in Washington state to commit to the initiative and the 37th city in the country.

Edmonds City Council passed a resolution supporting the tenants of the Paris climate agreement on June 27, and at the same time, it approved amendments proposed by Council member Mike Nelson which called for city-owned buildings to run completely on renewable energy by 2019 and for the city’s communal electricity to be sourced completely from renewable resources by 2025.

The city currently gets 80% of its electricity from renewable resources thanks to the Snohomish County PUD, so 100% renewable energy in eight years is believed to be quite achievable.

Council member Nelson referenced a 2010 climate change action plan the city had passed which identified the fact that buildings in Edmonds accounted for one-third of the city’s greenhouse gas emissions from lighting, cooling, heating, and cooking. Nelson then went on to propose additional amendments which called upon the city’s Planning Department and citizen-based Climate Protection Committee to take certain steps to make the 100% renewable energy goal achievable.

The amendments require that the Planning Department and Climate Protection Committee will provide annual reports to the City Council reporting the city’s current municipal and community greenhouse gas inventory beginning in 2018. In addition, by July of next year, an emissions reduction target will be set for both the near and long-term and the city’s Climate Change Action Plan will review strategies for meeting this target. Finally, a work plan detailing options, procedures, and resources needed as well as an associated production timeline will be developed.

Associate Organizer for the Sierra Club, Victoria Leistman, had the following to say about Nelson’s leadership and the actions of the Edmonds City Council:

“With the federal government working against our clean energy future, leadership on climate action is going to have to come from cities and states. Kudos to Councilman Mike Nelson and the many dedicated climate activists of Edmonds for standing up to Donald Trump and making bold, decisive commitments to clean energy.” 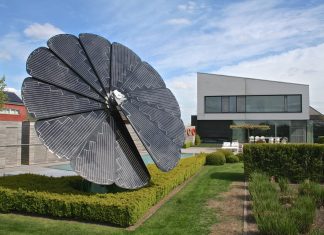 July 19, 2017
Florida State University is looking to help create its own energy. The university unveiled Tuesday, the new "Smart flower" solar panels that will be...