Mercedes-Benz will be showing off a new battery-powered truck this September in Hannover, Germany at a tradeshow for commercial vehicles. A limited-production run of a different electric truck will begin sometime this year, and the unveiling is part of a larger plan by Daimler, the parent company of Mercedes, to promote electric vehicles. Despite the official unveiling being in September, some details about the truck are already available.

The Mercedes urban eTruck has specifically been engineered for city driving and will get a range of about 124 miles on a single charge. While 124 miles isn’t a superb range, one must take into account the fact that it is designed for packages and cargo delivery within cities, and that range is enough to complete routes for the day. The eTruck will run on three lithium ion batteries. The truck will have a modular design, meaning that extra battery packs can be added to slightly increase the 124-mile range.

The vehicle’s side mirrors have been replaced by cameras, which display the captured footage of the area around the vehicle on a screen above the left side of the steering wheel. The vehicle comes equipped with a digital driver’s instrument, along with a 12.3 infotainment display in the dashboard’s center. The central display gives the driver information about the current route.

The truck can be driven in one of three different modes: auto, eco and agile. The auto mode is intended to be versatile and is best for a standard journey, eco-mode will help ensure a driver keeps the vehicle within his or her target range, and agile mode is for those times when some power is needed.

A virtual monitoring system is installed on board to help ensure that the truck can complete its current route without running out of battery. The system analyzes things like the truck’s weight, charge, and expected driving time to help the driver stay on track. If the truck is going to brush up against the limits of its charge range, the truck’s driving mode will change. A separate tablet is also included to keep track of the truck’s battery life.

The truck can transport around 57,000 pounds (28.5 tons) worth of cargo, though it won’t debut on the market anytime soon. Daimler is in the process of launching a limited production run of a different electric truck this year, dubbed the eCanter.

The eCanter will launch in Lisbon, Tokyo and New York later this year, and has a more limited range of only 62 miles per charge. According to Daimler, the eCanters will launch with longer ranges as battery technology improves.

Tesla will be unveiling an electric semi of its own this September, which according to CEO Elon Musk, will be able to drive like a sports car. Mercedes-Benz will no doubt have some competition to overcome this September. 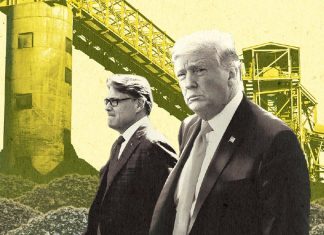