“At this time of year, my power and water bills usually were around $400 a month,” said Jacquie Barnbrook, a Los Angeles resident. “Right now, it’s $150 a month.”

Barnbrook has also switched to a hybrid vehicle she can plug in to charge, replacing her old gas-guzzling luxury car.

“I was previously spending $80 dollars on gas every three or four days and now I haven’t put gas in my new car since the beginning of March,” Barnbrook said. “That’s four months ago!”

Barnbrook’s home is just one of around 4.9 million homes currently being powered by solar energy, according to the Solar Energy Industries Association. California is currently the leading state in terms of solar power production.

While solar installations have slowed a little this year, the solar market overall is expected to grow, especially in California which has an impressive amount of sunny days a year (Los Angeles gets an average of 280 sunny days a year). Solar costs around the country are dropping dramatically thanks to improvements in solar technology.

“Right now, we’re in throes of rapid change in the solar industry,” said the director of the UCLA Smart Grid Energy Research Center, Rajit Gadh. “As people process all the information out there and report their success stories and it starts to become mainstream … the momentum will grow.”

“In California, solar is really getting a snake oil reputation because of some of the unscrupulous folks involved who are pushing solar super hard,” said Ryan Willemsen, CEO of the San Diego-based startup Solar to the People. “In San Diego alone, for example, there are over 200 solar operations.”

While there may be some unscrupulous solar companies out there right now, people like Ara Petrosyan, CEO and founder of consulting firm LA Solar Group believe that once regulations and bad publicity force shady solar companies out of business, more consumers will be able to make choices about affordable solar power.

“In five years, so many rules and regulations have been added that you have to be a really good expert to stay in the business,” said Petrosyan, who has seen the number of solar installations explode over the past few years. “When we started in 2012, we did about 10 installations a month. Today, we do about 120 a month … and it will definitely keep increasing.”

California plans to source 50% of its energy from solar power and other renewable resources by 2030. 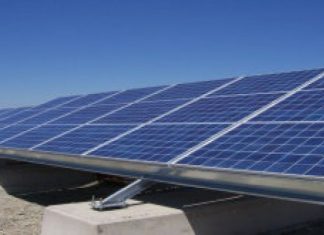