Home Autos Tesla Upgrades Its Electric Engines So They Can Run for 1 Million+...

Tesla has made several improvements to their engines to try and achieve this lofty goal, including upgrading the battery pack, electric motors and inverters. Tesla will also be adding upgrades to its drive units for the Model S and Model X, according to a recent announcement. The company has recently changed the part numbers for its main rear-wheel-drive motor, following a revision of the performance specs over the weekend. All versions of the Model S or Model X that the revision impacts will be equipped with the new motor. However, the Model S P100D and Model X P100D have not been granted any performance enhancements. These revelations suggest the company is planning a significant update for the future, to coincide with the faster 0 to 60 mph acceleration they have recently enabled.

The drive units Tesla manufactures are created with a patented assembly process. The process includes placing the electric motor, gearbox and power inverter assembly into a single enclosure. The exact details of the production process are unknown, but the company could be transferring some of the upgrades they made through the development process of the drive unit to the motors of the Model X and Model S.

We won’t know for sure what upgrades Tesla has planned for the Model 3 until they announce it, but it looks likely that the company is also upgrading the already high-performance of the Model S to make it stand out more from the Model X. 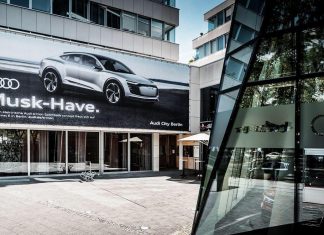 June 15, 2017
In a recent press release, Volkswagen indicated that they are increasing their production capacity for electric vehicles. The company is pursuing electric engines with...