The report finds that the capacity of the AD industry has jumped up over 18% since last year, which brings the total AD capacity of the UK to 730MW with annual generation of energy around 10.7TWh a year.

Related: What is Anaerobic Digestion?

Some of the reasons for the jump are improvements to operational performance, such as the acquisition of more consistent feedstocks. This has managed to boost load factors from 69% to 73% over the past year.

ABDA’s chief executive Charlotte Morton has said that the AD industry has the potential to grow even more if support was granted from the federal government.

“While it’s encouraging that the new government has committed to the Paris Agreement and to meeting the UK’s Carbon Budgets, there is currently a desperate lack of long-term policy support for AD, particularly in heat and transport, areas where AD can make a significant contribution to decarbonisation,” Morton said.

Morton went on to say that while there are currently 437 AD plants in the planning stage, most of these plants will be constructed without government support. Morton views this as a “wasted opportunity”, and says that the government needs to support both short and long term projects if the AD industry is to meet its real potential in delivering green energy. Morton says it is important for both the energy security of the UK to fight climate change.

ABDA claims that the number of new plants is being negatively affected thanks to policy uncertainty, cuts in the Feed-in Tariff, and delays in the update of the Renewable Heat Incentive. Between 50 to 80 plants were commissioned in 2016, yet the number of new plants is projected to fall with only between 19 to 64 plants for this year due to policy uncertainty. 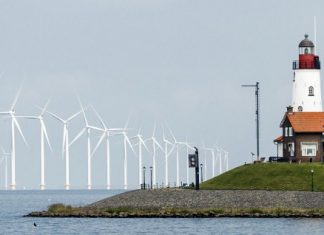