According to a new video released by Nissan, the next-generation of the Nissan Leaf will be able to park itself due to a program that Nissan dubs the ProPilot Park.

ProPILOT Park is one of a suite of new assistive technologies, with the other referred to as ProPilot Assist by Nissan. Nissan states that the ProPilot Assist function helps drivers by controlling acceleration, steering, and braking while driving on a single-lane highway.

The company claims that the feature will be capable of parking parallel and at an angle, in addition to parking in a traditional perpendicular parking space. It can pull forward into a space or back into it.

Unfortunately, Americans will not be able to use the feature for a while yet. The feature is only coming to Japan and Europe next year, the first year of its roll-out. Nissan says it is “looking at adding this feature for upcoming model years in the US”, however.

ProPilot Park is the second autonomous feature the Leaf has been announced as having, the other being the aforementioned ProPilot Assist. The video for the ProPilot Assist can be seen below. 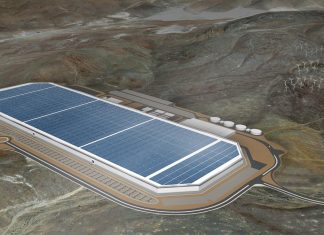 June 19, 2017
Elon Musk has hinted that a massive Tesla factory in India may be in the works, which should be exciting new for Tesla investors...