Home Autos Here’s the Latest on the Tesla Model 3, Which Officially Started Production... 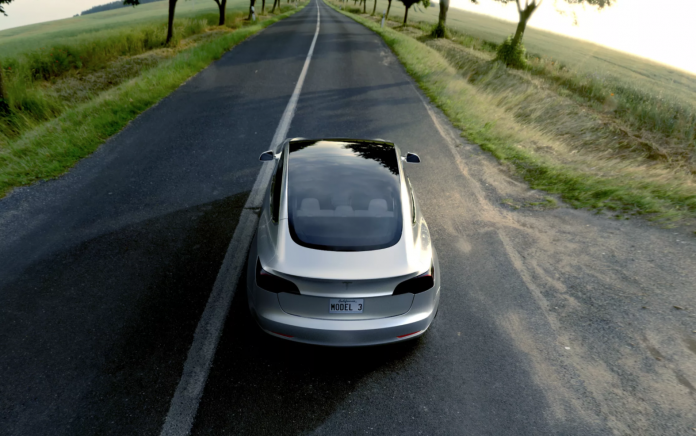 Today’s the day for Tesla. The automaker says it expects to complete production of “SN1” (or “Serial Number one”) of the Model 3, its first electric car for the masses. But the Model 3 isn’t just any car. Everything for the success of Tesla as a viable car company has been building up to this point. The Model 3 will define the future of the company — and the stakes for Tesla and CEO Elon Musk couldn’t possibly be higher.

Earlier this week, Musk tweeted that Friday was the day the first Model 3 would be rolling off the assembly line. In subsequent tweets, he added that the first 30 Model 3 customers will receive their new Teslas on July 28th at a handover party hosted by the automaker.

Model 3 passed all regulatory requirements for production two weeks ahead of schedule. Expecting to complete SN1 on Friday

“I think I can say, without irony of mawkishness, that this is the most important electric car ever produced,” said Michael Ramsey, research director at Gartner. “That’s because if it meets expectations of hundreds of thousands of sales, it changes the global landscape for electric cars. And if it fails, it relegates the move toward electrification to the trudging march that it has been so far.”

“I think I can say, without irony of mawkishness, that this is the most important electric car ever produced”

Skepticism about Tesla’s ability to meet the enormous demands of mass production is extremely high. Practically no one believes Musk will be able to meet the benchmarks he has set for the Model 3. Tesla’s share price has been savaged over the last week, losing nearly 20 percent of its value, while Wall Street analysts predict that demand for Tesla’s two other current vehicles, the Model S and Model X, has already peaked. Other experts say that Musk will need to reduce costs by as much as 60 percent if it wants the Model 3 to be profitable.

And then there’s the fact that most auto startups throughout the 20th century eventually failed and fell into obscurity. Tesla, a 15-year-old company, could be poised to challenge those odds. The manufacturing and quality challenges of starting a brand-new automotive company are titanic.

“The Model 3 is critical for Tesla’s long-term viability,” said Karl Brauer, executive publisher at Kelley Blue Book. “The company had been around for almost 15 years yet has never turned a profit. The Model 3 will be Tesla’s first attempt at a high-volume car meant for mainstream consumers. If Tesla can satisfy the Model 3’s pent-up demand with a dependable and profitable vehicle it will finally justify a stock value that has it rivaling GM in capital value. If it can’t, Tesla will confirm many critic’s suspicions that it’s never had a truly sustainable business model.”

Tesla’s sky-high valuation — it recently surpassed BMW’s market cap — depends largely on Musk’s ability to sell his vision of sustainable, battery-powered driving to a much broader population. The Model S and Model X are both extremely expensive. Even with tax incentives, both cars easily push $100,000. The Model 3 will start at $35,000, making it the cheapest in Tesla’s range. In order for Tesla to sell 10 times as many cars as it does now, it needs a much cheaper automobile.

But the marketplace for affordable electric vehicles is suddenly much more crowded than it was when the Model 3 was first announced in 2016. GM was able to grab first-mover status when it released the Chevy Bolt, a $36,620, 238-mile-per-charge, electric vehicle, last December. Other midlevel electric vehicles include the Volkswagen e-Golf ($36,415), Ford Focus Electric ($29,995), and Nissan Leaf ($37,675).

These companies have the infrastructure in place to maintain quality and dealer service networks, however. There are signs that Tesla is rethinking its approach to selling and maintaining cars. (Most car dealers now act as the service arm for new buyers.)

Tesla can’t survive on its buzz-worthiness alone, but it’s certainly helped buoy its stock price. The number of people who plunked down the $1,000 deposit to preorder the Model 3 after it was first announced last year blew away pretty much everyone’s expectations. It took less than a week for the company to receive 350,000 preorders, leading Tesla to claim the Model 3 had the “biggest one-week launch of any product ever.” Eat your heart out, Apple.

But Tesla still has a long way to go before it can stick the landing. Musk says production is expected to grow exponentially: 100 cars in August, more than 1,500 by September, and then 20,000 per month by December. If the company fails to hit these marks or runs into manufacturing issues that happen at higher scales, or demand for the Model 3 drops, analysts argue it would be a setback not just for Tesla, but perhaps the entire electrification movement.

by 2040, analysts now say that 54 percent of all cars sold on the planet will be electric

In 2016, Bloomberg’s new energy think tank predicted that electric and plug-in hybrid vehicles would make up about 35 percent of the world’s auto market by the year 2040. This year, the group upped that figure considerably: by 2040, analysts now say that 54 percent of all cars sold on the planet will be electric. France’s environmental minister said yesterday his country would ban the sale of all fossil fuel-burning vehicles by 2040. And Volvo said it would stop selling gas-only cars by 2019.

The world is trending toward battery-powered, electric vehicles, thanks in no small part to Musk’s vision and ingenuity. Tesla has helped spur the biggest automakers to accelerate their electrification plans. “The Chevy Bolt might not exist now were it not for Tesla,” said Sam Abuelsamid, an analyst at Navigant. “VW Group is running as fast as it can to move from diesel to electric.”

But the timing of the Model 3’s release could spell doom for Tesla, which still sells a fraction of the automobiles produced by the world’s biggest OEMs. Auto sales are stagnant in the US, while most consumers are trending toward SUVs and crossover vehicles rather than sedans. Tesla faces the problem of introducing a compact sedan when the market is running headlong away from this form factor to sport utilities. “Their timing couldn’t have been worse,” Abuelsamid said. 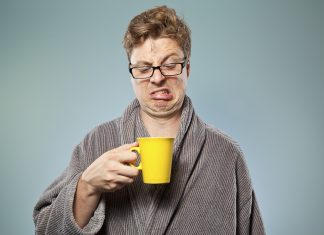