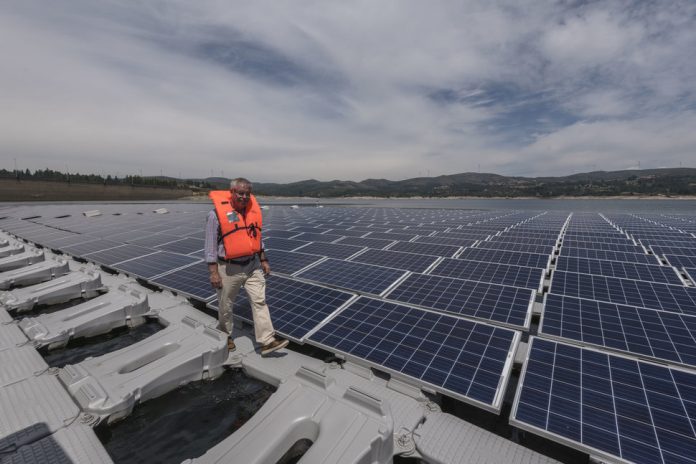 The debate around energy in the United States at times devolves into quasi-tribal disputes over the merits of one power source over another. Often this pits renewable energy against entrenched fossil fuels. But sometimes carbon-free energy sectors, such as solar and hydropower, go head to head over which is cleaner.

Not so in Portugal, where officials in Montalegre inaugurated the world’s first hydro-solar power station this week. The Alto Rabagão dam, near the country’s northern border with Spain, added 840 floating solar panels earlier this year, boosting the plant’s total peak capacity by 220 kilowatts. The rig of solar panels is about the size of what might be placed atop a large warehouse.

It’s a relatively modest development, but it offers big potential. Energias de Portugal, the utility giant behind the project, operates a large business in Brazil, where over 70 percent of power generation comes from hydro plants. If the cocktail of hydro and solar at Alto Rabagão proves successful, the project could be a model for meeting Brazil’s electricity demand, which is expected to more than triple by 2050.

Hydropower accounts for 6.5 percent of U.S. electricity generation, making it the country’s largest source of renewable energy. It’s well above the 0.9 percent generated from solar panels, according to data from the U.S. Energy Information Administration. Hydroelectricity plants are among the nation’s oldest power stations and generate large percentages of electricity in Northwestern states such as Washington, Oregon and California. Floating solar panels offer a means of expanding those plants’ capacity without embarking on costly dam reconstruction.

In June, China switched on the world’s largest floating solar farm, a 40-megawatt project on a man-made lake near the city of Huainan. The second-biggest project opened on the Queen Elizabeth II reservoir on the outskirts of London last year. In March 2016, Brazil began construction on a small floating solar pilot project at a dam deep in the Amazon.

But Portugal’s Alto Rabagão is the first project where the floating panels work in tandem with the dam’s hydroelectric rotors, according to Manan Parikh, a renewable energy analyst at the Boston-based firm GTM Research. That means the solar panels help meet electricity demand that surges in the late afternoon or early evening, when people are coming home from work.

“This is the first hydro-plus-PV project,” Parikh told HuffPost by phone Friday morning, using the industry shorthand for the photovoltaic cells that convert sunshine into power. “There have been other instances, but they’re all floating solar projects on lakes. They’re not working with the hydro project.”

The first-of-its-kind project could be a model for states like Washington and Oregon, and countries like Brazil, that depend heavily on hydroelectricity. 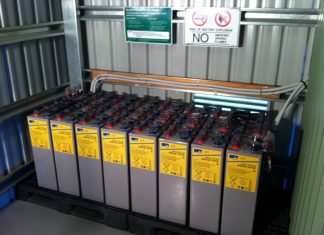