This will be the highest power battery system in the world by a factor of 3. Australia rocks!! https://t.co/c1DD7xtC90

The 129MWh battery, which is paired with a wind farm, is designed to improve the security of electricity supplies across South Australia.

On Friday the state’s premier, Jay Weatherill, confirmed the deal, which forms a key part of the government’s $550m energy plan.

The state government said Musk had confirmed his pledge made on Twitter in March that he could deliver the battery within 100 days of signing the contract or it would be delivered free.

Tesla will get the system installed and working 100 days from contract signature or it is free. That serious enough for you?

Romain Desrousseaux, the deputy chief executive of Neoen, said that at 129MWh the South Australian lithium ion battery would become the largest in the world.

Repeated blackouts in SA since September have sparked a political brawl over energy policy, with the federal government blaming the failures on the use of renewable technologies. After the most recent blackout in early February the Australian Energy Market Operator said there were many factors behind it, including higher demand than anticipated.

Grid-scale battery storage could help to even out price spikes, prevent blackouts and improve reliability across the network.

Tesla recently completed an installation of an 80MWh grid-scale battery farm in southern California within just 90 days, which is estimated to have cost US$100m.

World’s largest lithium ion battery will be installed in #SouthAustralia under a historic agreement between #Neoen #Tesla & SA Gov! pic.twitter.com/GcfrwOzD9g

“South Australia is tackling climate change head-on and should be congratulated for its innovation and leadership as it transforms our energy system into one that’s clean, affordable, efficient and secure,” Flannery said.

“South Australians are witnessing first hand how swiftly this technology can be built and used, with the battery expected to be up and running this summer.

“South Australia joins the likes of California as a world leader in demonstrating how renewable energy and storage technologies can power our economy cheaply and cleanly.”

Flannery said the federal government should be encouraging further investment in energy storage to assist in building the renewable energy sector.

“Renewables like wind and solar are now the cheapest power source available. We need to roll out this technology swiftly in a bid to tackle climate change.” 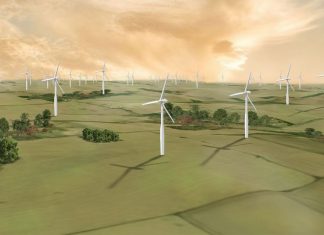 November 16, 2017
WAKEFIELD, Neb. — A new Facebook supported wind farm being built in Dixon County should give local residents a few million reasons to like...