Home Innovations Engineers Increased a Solar Panel’s Efficiency by Wrapping It in An “Invisibility... 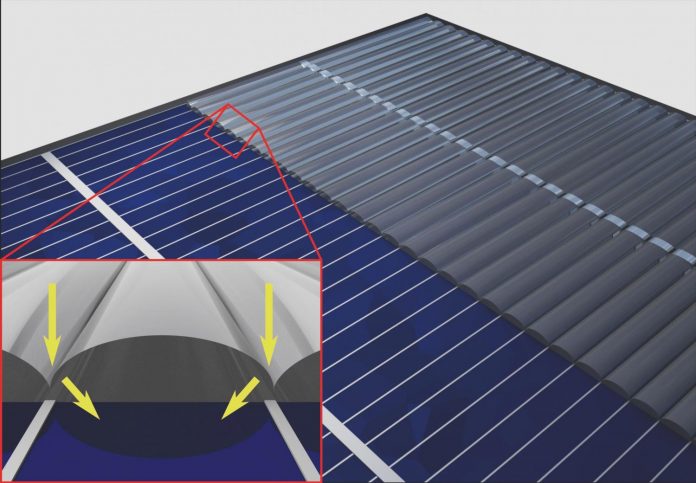 An invisibility cloak has been used in the lab to hide the metallic strips used in solar panels, making the devices more efficient at using the sun’s energy.

Invisibility cloaks are made of materials that can bend the path of light around them and so hide anything under them from view. Martin Schumann at Karlsruhe Institute of Technology in Germany and his colleagues have used one to create a prototype solar panel with a cloak over the metallic contact fingers throughout the panel that extract the generated current.

Although crucial, these metal strips also reduce how much light a panel can absorb, reducing efficiency by about 10 per cent. “In the end, solar cell energy has to compete with all the fossil-fuel energy and it’s essential to increase the efficiency as much as possible in order to decrease the costs,” Schumann says.

So Schumann and his colleagues designed a single solar cell in the lab with an added polymer coating. They then etched grooves into that coating, so it acts as an invisibility cloak, guiding any incoming light around the contact fingers and toward the solar cell.

The team placed enough contact fingers on their cell to cover 6 per cent of the surface area. But when they added their invisibility cloak, the efficiency didn’t just increase by 6 per cent, it rose by 9 per cent. This is because some of the light that doesn’t get absorbed by the solar panel and would have otherwise reflected, actually gets trapped within the cloak and later absorbed.

Gerhard Peharz, an engineer at Joanneum Research in Austria, says the work is exciting, but it will have its own problems. The grooves in the cloaking material will introduce tiny spaces where dust can gather and block sunlight, he says. And over time the UV light in sunlight will degrade the cloaking polymer, decreasing its effectiveness.

“This is good work and shows what can be done, but there is a big gap in the application,” Peharz says. “It needs to be shown that there is a polymeric material that you can pattern in order to achieve this effect and is reliable for 20 years outdoors in the desert of Arizona.”

Schumann acknowledges this problem. “We have done this in a lab scale, so it’s not really a solar module that we’re looking at,” he says. He would like to enclose the whole solar module in a glass case, effectively sealing it off from the environment and protecting the cloak. But, he doesn’t yet know how that would affect efficiency. 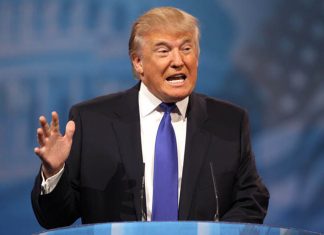 November 7, 2017
“Cut, cut, cut.” That’s basically the name President Donald Trump gave to the GOP tax plan. Unfortunately, many of these cuts are to clean...