Home Climate Shell Plans to Spend $1 Billion a Year on Clean Energy by... Royal Dutch Shell Plc plans to spend as much as $1 billion a year on its New Energies division as the transition toward renewable power and electric cars accelerates.

“In some parts of the world we are beginning to see battery electric cars starting to gain consumer acceptance” while wind and solar costs are falling fast, Shell CEO Ben Van Beurden said in a speech in Istanbul on Monday. “All of this is good news for the world and must accelerate,” while still offering opportunities for producers of fossil fuels.

Van Beurden was addressing the World Petroleum Congress — a gathering of ministers and CEOs from some of the largest oil producers — at a time when the accelerating shift to clean energy is raising questions about their long-term business models. While Russian Energy Minister Alexander Novak and Saudi Arabian Oil Co. boss Amin Nasser said oil and gas will be dominant for decades to come, Van Beurden highlighted the potential for some of the fastest-growing nations to leapfrog straight to a cleaner energy mix.

“When you consider the areas of the world where energy demand is still to expand, like Asia and sub-Saharan Africa, there is a huge opportunity,” Van Beurden said. “These are areas that are not, on the whole, locked in to a coal-driven system. There is the potential for them to shift more directly onto a less energy-intensive pathway to development.”

There is often too much focus on energy-transition policies in Europe and North America instead of the fast-growing developing world, Van Beurden said. “What happens in England is important, but what happens in Ethiopia is at least as important. From Denmark to the DRC, from the U.S. to Uganda, to India, to China, there is a lot of work to do.”

These countries will still require fossil fuels to develop industries such as steel, cement and chemicals because they need a heat intensity that cannot come from electricity alone, he said. 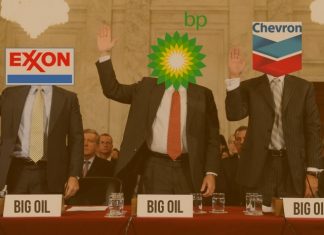 June 3, 2017
RethinkX, founded by Standford economist and industry analyst Tony Seba, has released a new report suggesting that the auto industry will be entering a...