Tesla is adding over 100 new service centers around the world, and putting over 350 new mobile service vans to work with its roaming fleet for house and work calls. The goal is to increase its service capacity threefold overall, as a way to help get ready for the new demand that’s going to flow from the many new Model 3 customers joining the Tesla owner pool in the future.

The automaker says it’s rethinking how service happens at a basic level, using the remote diagnostic capabilities of its automobiles to help identify up to 90 percent of issues before a car ever needs to even visit a physical service center. This helps them save time when visits do need to happen at the centers themselves, and also means they’ll be able to avoid some entirely with remote service or remote software updates.

To help plot where to put its new global service centers, Tesla looked at the information of where Model 3 pre-order customers were located, and it’s also putting more repair lanes in each to help increase their speed and efficiency. Tesla claims its service centers are up to four times faster than traditional garages, using three times less space.

As for its on-demand service vans, these are actually equipped with espresso machines, activities for kids and snack stations for customers, and they don’t incur any additional cost vs. a traditional in-shop appointment, so it’s a win for both Tesla and customers in terms of maximizing efficiency and convenience.

Tesla also says it’s hiring 1,400 new service technicians on board in 2017, so adding capacity is a job creation mechanism, too. The real test will be once production on Model 3 really ramps and customers start testing the actual capacity for real, however – that likely won’t start to happen until next year, based on Tesla’s current production roadmap. 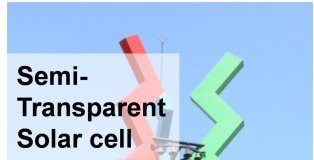