South Korea is known for its workaholic culture and for hosting an enormous LEGO tower. But soon, the country may be known for something even more impressive: installing the largest rotating solar plant in the world. Solkiss, a South Korean solar developer, has plans to install a proposed 2.67 MW PV project at the Deoku Reservoir. Not only will the plant float on top of the water, it will follow the sun’s movement throughout the day.

Solkiss’ technology enables solar power stations to float on water and rotate in unison with the sun’s movements. According to the developer, the technology delivers 22 percent extra solar energy yield compared to a fixed installation on land, as well as a 16 percent increase in yield compared to a typical floating solar array.

The installation on Deoku Reservoir isn’t the only floating solar array Solkiss has planned. Two additional solar plants are planned for the Myeoku Reservoir. All three installations are expected to be completed by the end of November. When combined, they will add 3MW of solar PV capacity to the solar developer’s portfolio.

The company has made great progress since its first floating solar development, which was installed in 2014 at a reservoir in Anseong, south of Seoul. Using its patented rotating motors, Solkiss was able to generate 465 kW from the array.

To help South Korea shift away from “dirty energy” sources, such as nuclear and coal, Solkiss will be installing more rotating solar plants at viable reservoir sites across the country. 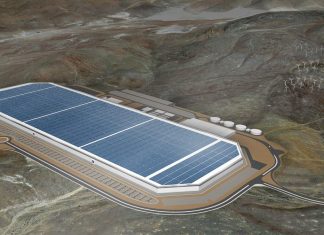 July 16, 2017
At least one in Europe and one in Asia have been rumored and Tesla recently confirmed working with Shanghai's government to establish manufacturing capacity...