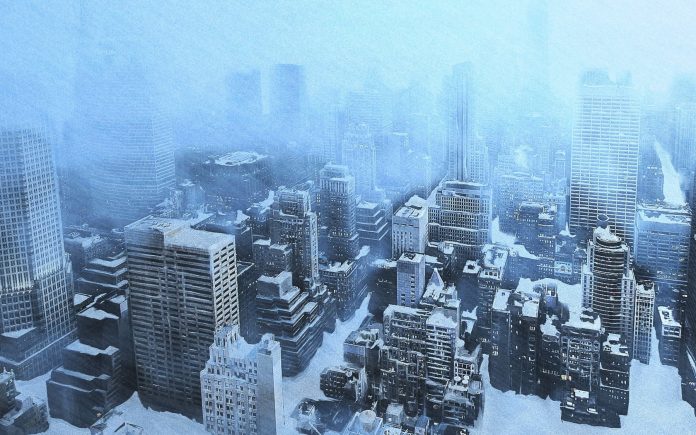 When a U.S. Republican senator threw a snowball onto the Senate floor in late February of 2015, he used it to underscore his belief that human-made climate change was an alarmist conclusion. The snowball had been rolled from the capital grounds in Washington D.C., which, at the time, was experiencing an uncharacteristically cold winter.

If global warming was real, he postured, how could the nation’s capital experience such severe cold?

Uncharacteristically cold winters, however, just might be one of the most hard felt effects of climate change, according to a study published in Nature Geoscience by a team of researchers.

The study found that unusually cold temperatures in northern North America and lower precipitation in the south central U.S. all coincided with periods of warmer Arctic weather.

Anna Michalak, a researcher at the Carnegie Institution for Science, was involved in creating the model that was used to collect data for the study’s findings. She explained that the massive system of climate models, called CMIP5, creates a large dataset that allows researchers to study the interconnectedness between activity on Earth and the atmosphere.

In order to reach their conclusions, the study’s authors looked at how the terrestrial biosphere (everything that lives on the Earth’s surface) contributed to or pulled carbon from the atmosphere. They found that over the past three decades, plants pulled less carbon from the Earth’s atmosphere and particularly during periods of warmer weather in the arctic.

“Even though we’re talking about the Arctic, it has immediate impacts on what we experience at lower latitudes,” said Machalak.

What Does It Mean?

Beyond a need for more scarves and gloves, colder winters could have serious implications for North American farms.

In an op-ed published in Nature alongside the study, noted climate scientist Ana Bastos wrote that the warming temperatures have the potential to weaken vegetation and shorten spring growing periods. The study looked at crop yields recorded by the National Agricultural Statistics Service of the U.S. Department of Agriculture and found crop production declined by an average of one to four percent during warmer Arctic years. Some states, however, saw a decline of almost 20 percent.

Bastos cautioned that the link between a warmer Arctic and harsher U.S. winters was more complex than a simple cause and effect mechanism. Weather patterns can be notoriously unpredictable, and other factors such as soil health and farming practices can impact crop growth.

The study suggests that as warmer Arctic years become more frequent, crop productivity could be increasingly hard hit. All of this could lessen the impact of carbon sinks, a term that refers to how much carbon a terrestrial biosphere is capable of pulling from the atmosphere. With fewer plants available to absorb more carbon, Arctic warming could accelerate, further weakening the carbon sink, suggested the study.

“Whether the relationship found implies a decreasing carbon sink capacity of North American ecosystems in the coming decades is unclear,” wrote Bastos. She cautioned a need to study how Arctic warming affects other regions in the Northern Hemisphere.

While the specific repercussions of warmer Arctic seasons and the severity at which those repercussions will be felt requires further research, the study effectively underscores the interconnectedness of Earth’s atmosphere. July 4, 2017
Portland, Oregon’s Revenue Division released a report in June which suggested that a single company in the city might pay more than $3.7 million a year...