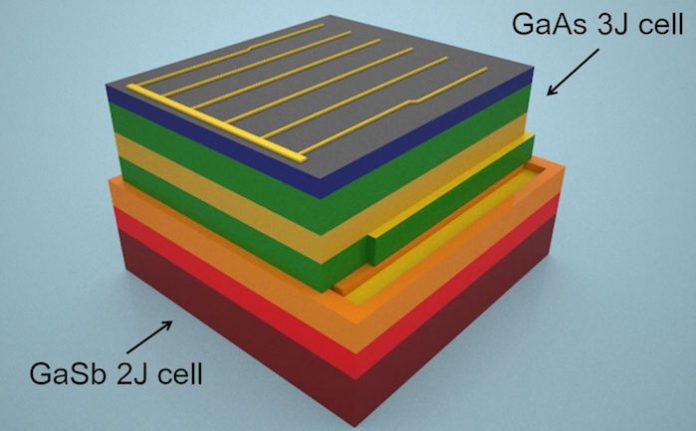 Traditional solar cells harvest only a narrow sliver of the electromagnetic energy pouring down onto Earth, and that’s one of the reasons it’s been so challenging to get solar efficiency beyond 20-30 percent. A team of researchers from George Washington University has devised a new layered solar panel that can absorb light from a wider range of the spectrum, pushing the efficiency as high as a stunning 44.5 percent. This could be one of the most efficient solar cell in the world, if all goes as planned.

These panels won’t look like the standard photovoltaics you see on roofs or in open solar farms. They are based on concentrator photovoltaic (CPV) panels, which uses a lens or reflector to focus sunlight on a smaller surface area. CPV can make solar power generation more efficient and cheaper since the panels don’t have to be as big. The current record for solar efficiency is 46 percent, which made use of a CPV panel design. In the case of the new study, the team is targeting a panel that’s less than one millimeter square.

What really makes this new design potentially revolutionary is the way cells are stacked on top of each other. Each layer is used to absorb a specific wavelength of light, allowing others to pass through to be collected further down. Most of the solar energy falling on Earth has wavelengths of wavelengths of 250nm to 2500nm. Specifically, this layered cell is much better at collecting those longer wavelengths of light into the infrared. Those have less energy than shorter wavelengths, but there’s a lot of it. The current record-holder design maxes out at 1750nm, so the George Washington University team has room to grow.

There are two different materials used in the construction of the cells to accomplish this. The upper layers are composed of conventional photovoltaic substrates, which are adept at capturing shorter wavelengths of light. Below that, the team used an advanced GaSb-based material in the cells that can absorb energy from longer wavelengths. Additionally, the stacking procedure uses what’s known as transfer printing, which allows the layers to be easily lined up and assembled for maximum performance.

New solar panel technology is notoriously difficult to implement in real life. The main drawback right now is the very high cost of this stacked solar cell. It’s not effective from a cost standpoint, but the cost of materials and manufacturing will be reduced in the future. The 44.5 percent efficiency rating may be boosted with additional refinements as well. 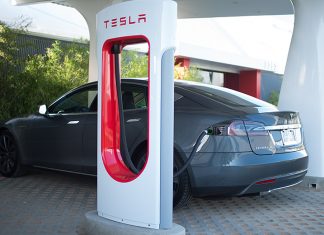 June 6, 2017
With the release of the much anticipated Model 3 later this year, Tesla Motors has some work to do. Back in April, the electric...