Home Climate We Can Remove 90 Gigatons of Carbon From the Atmosphere by Just... According to Drawdown editor Paul Hawken, if wind energy could provide 21.6% of the world’s energy by 2050, that would eliminate 84.6 gigatons of carbon emissions. A lofty and laudable goal, one worth aiming for. But did you know that re-engineering air conditioning and refrigeration systems could keep even more carbon emissions out of the atmosphere? 89.7 gigatons, to be exact.

A new study by researchers at the Lawrence Berkeley National Laboratory suggests improved efficiency in refrigeration and phasing out fluorinated gases used for cooling could eliminate a full degree (Celsius) of warming by 2100. The best estimates are that doing nothing will result in a 4°C to 5°C increase in global temperatures, so addressing the refrigeration issue could amount to eliminating 20% to 25% of that projected increase.

Some of us remember when CFCs (chlorofluorocarbons) were eliminated as refrigerants because of the damage they did to the earth’s ozone layer. They were replaced with HFCs (hydroflouracarbons), which do not attack the ozone layer but have an outsized influence on global warming. Some studies indicate they can be thousands of times more potent than carbon dioxide when it comes to heating the atmosphere.

Read the full article on CleanTechnica. 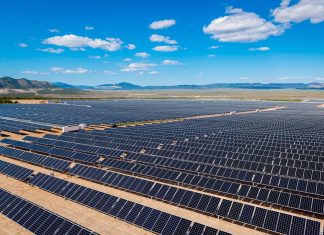 December 6, 2017
The solar energy industry has been notoriously difficult to predict correctly, as energy experts at the IEA have constantly underestimated solar’s potential and growth....