A Sydney start-up has launched a peer-to-peer electric vehicle charging service, allowing EV drivers to recharge their car battery when and where they need to, using a network of existing private chargers and parking spaces.

The company behind the EV charging network, Everty, says it is a similar concept to AirBnB, allowing electric car owners to rent out their parking space and EV charger to others who need them.

The program aims to bridge the gap between the number of public charging points in Australia, currently estimated at around 470, and the more than 4,000 electric vehicles on the nation’s roads – a number that is expected to start multiplying, as more affordable EV models reach the Australian market and if vehicle emissions standards are finally introduced.

Everty CEO Carola Jonas says the network, so far catering only to Sydney EV drivers, can also give those electric vehicle drivers who have on-street parking, or garages without power supply, access to charging stations in locations convenient to them.

“The state of electric vehicles in Australia’ report found that 50 per cent of survey participants are ‘aware of and would buy an electric car if they were in the market for a car’,” Jonas said on Tuesday.

“That number gives us the confidence that people will buy more electric cars, especially when there is more choice in the market and as charging infrastructure becomes more accessible”.

“Until then, we’ll help electric car owners with home chargers to rent out their parking space to others. This will be especially attractive to homeowners with rooftop solar who are not at home during the day and can’t use the energy from their panels themselves.”

“With more than 4,000 electric cars on our roads, we can increase the amount of available charging stations dramatically,” she said. 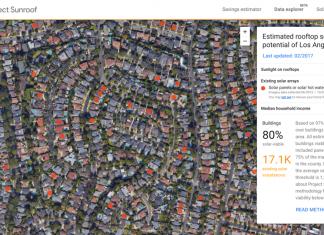