Home Climate Study: CO2 Must Be Removed From the Atmosphere to Prevent Extreme Climate... Humans must start removing carbon dioxide from the atmosphere as soon as possible to avoid saddling future generations with a choice between extreme climate change or spending hundreds of trillions of dollars to avoid it, according to new research.

An international team of researchers – led by Professor Jim Hansen, Nasa’s former climate science chief – said their conclusion that the world had already overshot targets to limit global warming to within acceptable levels was “sufficiently grim” to force them to urge “rapid emission reductions”.

But they warned this would not be enough and efforts would need to be made to reduce the amount of carbon dioxide in the atmosphere by about 12.5 per cent.

This, the scientists argued, could be mostly achieved by agricultural measures such as planting trees and improving soil fertility, a relatively low-cost way to remove carbon from the air.

Other more expensive methods, such as burning biomass in power plants fitted with carbon-capture-and-storage or devices that can remove carbon from the air directly, might also be necessary and would become increasingly needed if steps were not taken soon.

Read the full article on The Independent. 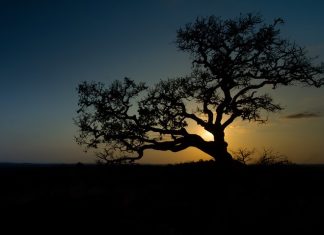 November 17, 2017
The demand for renewable energy is growing quickly throughout Sub-Sahara Africa. Several African countries are looking to embrace clean power for the economic benefits...

All New Vehicles Will Be Electric Within 8 Years Says Stanford...