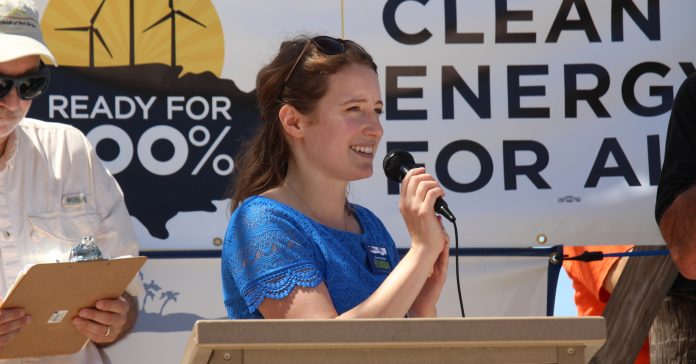 Over the past couple of weeks, a much-needed conversation about moving to 100 percent renewable energy has exploded into the national spotlight. Unfortunately, the focus has largely been on personal disputes and deep-in-the-weeds debates among folks who basically agree instead of a productive conversation about how we can get there.

There are no lack of reasons for shifting completely away from fossil fuels. First and foremost, renewable energy makes us safer and healthier, protecting our communities from air and water pollution, as well as the damaging effects of global warming. Shockingly, 72 metropolitan areas in this country still experience at least 100 days of unhealthy air pollution every year. This is unacceptable, especially when it’s totally avoidable.

Going 100 percent renewable is not only the right thing to do, but it’s also 100 percent possible. In the United States, we have virtually inexhaustible renewable energy resources that we’ve only just begun to harness. According to the National Renewable Energy Laboratory, we have enough sunlight to produce more than 100 times our current electricity needs, and 10 times enough wind to do the same. As if that wasn’t enough, we also have immense potential to reduce our energy needs through improved efficiency. By one estimate, we could reduce our overall energy use 40 to 60 percent by mid-century. This should lead us to believe that there are no insurmountable technological or economic barriers to 100 percent renewable energy.

Read the full article on HuffPost. June 26, 2017
Warming trends around the globe due to global climate change are upending weather maps, by being so hot that meteorologists are running out of...