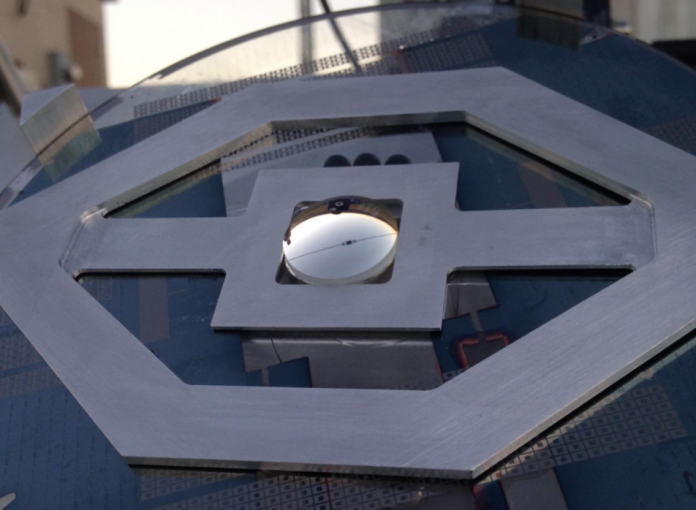 A concentrating photovoltaic system with embedded microtracking can produce over 50 percent more energy per day than standard silicon solar cells in a head-to-head competition, according to a team of engineers who field tested a prototype unit over two sunny days last fall.

“Solar cells used to be expensive, but now they’re getting really cheap,” said Chris Giebink, Charles K. Etner Assistant Professor of Electrical Engineering, Penn State. “As a result, the solar cell is no longer the dominant cost of the energy it produces. The majority of the cost increasingly lies in everything else — the inverter, installation labor, permitting fees, etc. — all the stuff we used to neglect.”

This changing economic landscape has put a premium on high efficiency. In contrast to silicon solar panels, which currently dominate the market at 15 to 20 percent efficiency, concentrating photovoltaics focus sunlight onto smaller, but much more efficient solar cells like those used on satellites, to enable overall efficiencies of 35 to 40 percent. Current CPV systems are large — the size of billboards — and have to rotate to track the sun during the day. These systems work well in open fields with abundant space and lots of direct sun.

“What we’re trying to do is create a high-efficiency CPV system in the form factor of a traditional silicon solar panel,” said Giebink.

To do this, the researchers embed tiny multi-junction solar cells, roughly half a millimeter square, into a sheet of glass that slides between a pair of plastic lenslet arrays. The whole arrangement is about two centimeters thick and tracking is done by sliding the sheet of solar cells laterally between the lenslet array while the panel remains fixed on the roof. An entire day’s worth of tracking requires about one centimeter of movement, which is practically imperceptible.

“Our goal in these recent experiments was to demonstrate the technical feasibility of such a system,” said Giebink. “We put together a prototype with a single microcell and a pair of lenses that concentrated sunlight more than 600 times, took it outdoors and had it automatically track the sun over the course of an entire day.”

Because the team needed to know exactly how much direct and diffuse sunlight there was during the test, they set up at the Russell E. Larson Agricultural Research Center at Penn State where there is a National Oceanic and Atmospheric Administration Surface Radiation monitoring site. Graduate students Jared Price and Alex Grede worked together with post-doctoral researcher Baomin Wang to test the system over two sunny days from dawn to dusk right alongside a commercial silicon solar cell.

According to Giebink, this embedded tracking CPV technology would be perfect for places with lots of direct sunlight, such as the southwestern U.S. or Australia.

Giebink notes that major challenges still lie ahead in scaling the system to larger areas and proving that it can operate reliably over the long term, but he remains optimistic.

“With the right engineering, we’re looking at a step-change in efficiency that could be useful in applications ranging from rooftops to electric vehicles — really anywhere it’s important to generate a lot of solar power from a limited area.”

November 18, 2017
Apple’s data center in Denmark may soon have a new neighbor: Google. Reuters has reported that the search giant has purchased a plot of...