Home Climate Scientists Have Great Hopes for a Little Miracle Enzyme That Can Transform... Scientists at USC and Cal Tech have discovered a way to greatly speed up the process of transforming carbon dioxide into alkaline water, effectively neutralizing the gas, a development that could be a boon in the fight against excessive greenhouse gas emissions.

To understand how the process works, think about soda water.

Sip soda water and you can feel little bubbles of carbon dioxide dancing on your tongue. But you can also feel a little bite. That’s because when it’s introduced to water, a small amount of the carbon dioxide becomes carbonic acid.

In nature, the conversion from carbon dioxide to carbonic acid happens in small amounts, but the scientists from USC and Cal Tech realized that they could speed up the process so that it happens 500 times faster than it does in nature. All they had to do was introduce an enzyme called carbonic anhydrase.

An increase in acid is normally a bad thing in bodies of water, but the scientists also realized that they could neutralize the acid by adding calcium carbonate, one of the most common minerals on the planet. When they did, it acted as an antacid, changing the once acidic water into alkaline water.

USC’s Will Berelson and his colleagues were studying how calcium carbonate dissolves in seawater when they stumbled on the discovery.

“It’s not lost on us that maybe there’s an opportunity to make a dent in the CO2 problem,” said Berelson.

Theoretically, the sped up process could be used to filter carbon dioxide emissions, say, from factory smokestacks. The main byproduct would be alkaline water.

It’s unclear whether the idea of neutralizing carbon dioxide in water can be applied to real world scenarios. Berelson said his team is unsure whether it’s financially and technically feasible, adding that they are researching the possibilities.

Currently, there is a process to capture and sequester carbon dioxide, but it’s a lengthy and costly process. The captured gas must be transported through pipelines and then injected into underground storage sites. Those sites then require ongoing monitoring. 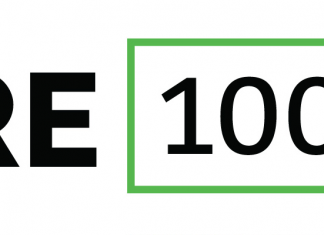 July 12, 2017
RE100, the global initiative committed to 100% renewable electricity, now boasts 100 companies from around the world all committed to the goal of securing...