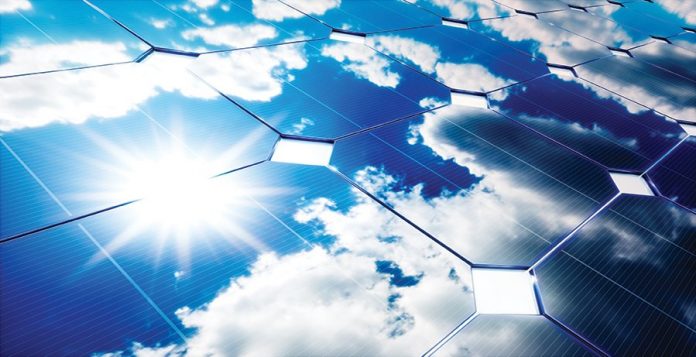 Much has changed in the solar-energy business since Paul and Candy Krepel decided to install 44 panels on their house and garage in Bay View nearly 10 years ago. Most remarkably, the cost of solar equipment has plummeted. The couple’s system, when installed, had run nearly $64,000 before various federal and state subsidies knocked about $14,000 off that price; the same project would cost less than half that today.

Even with the big price drop, Paul, a family therapist, and Candy, a microbiologist, say they have no regrets about their decision to take the solar plunge in 2008. “We looked at this not only as an investment, but also that it was socially responsible,” said Paul, who opened his house to the public as part of a tour held by the Midwest Renewable Energy Association on Saturday, Oct. 7. The Krepels might have other reasons to be happy about their timing. Even as prices have dropped in recent years, state regulators have let power companies adopt policies that many see as little more than artificial barriers to competition from independent generators.

In Wisconsin, state officials have been particularly willing to go along with investor-owned utilities’ requests to raise the fixed portion of consumers’ monthly energy bills. This is the part of a bill that cannot be lowered, say, by turning down your air conditioner or generating your own power by using solar equipment. Regulators approved three fixed-rate increases in 2014 and two more in 2015. Now they are considering Madison-based Alliant Energy’s request to raise its monthly fixed charge from $7.50 to $12 later this year and $18 in 2018.

Many of these changes have hit the Krepels directly. Like more than a million other customers in Wisconsin and Michigan’s Upper Peninsula, the Krepels live in an area where they have little choice but to buy at least part of their power from Milwaukee-based We Energies, and of the three big investor-owned utilities that asked for rate increases in 2014, We Energies was in many ways the most aggressive. Its fixed-rate increase was relatively modest—taking its charge from $19 to $21 per month, but on top of that was a reduction in what customers receive for selling power back onto the grid. Also added in was a new “demand charge” that We Energies would have collected solely from solar customers had the fee not first been shut down in Dane County Circuit Court.

Fortunately for Paul and Candy Krepel, by the time any of these changes had taken effect, their solar array had come very close to paying for itself through energy savings. Paul noted that his system is under a 25-year warranty. One way to look at their investment, then, is that it has let the Krepels pay for 25 years’ worth of power in 10 years’ time. So, no matter what utilities might do now, Paul says, “at least we invested early, and we made it work and got a return on our investment.”

But even as Wisconsin regulators have gotten tougher on solar generation, there has been little sign that the industry is slowing down. By this spring, projects totaling 60 megawatts of solar energy had been installed in the state, up from only 25 the year before. And a project being built by the power giant NextEra Energy at the Point Beach Nuclear Plant in Two Rivers, Wisc., promises to more than double that number, adding 100 megawatts by itself.

Elsewhere, private businesses are finding that the economics of solar energy can work in their favor. Lakefront Brewery is using a recently installed array of solar panels to generate nearly 40% of the power used at its warehouse in Milwaukee’s Riverwest neighborhood. But still, Wisconsin continues to lag behind other states in solar production. Minnesota—a state where the sun can hardly be said to shine brighter or more frequently than in Wisconsin—has more than 10 times as much solar-generation equipment installed.

Various solar installers predict Wisconsin is well on its way to catching up. Matthew K. Neumann, owner of Pewaukee-based Sunvest Solar, Inc., said even with higher fixed charges, payback times continue to shrink. Investments that took pioneers like the Krepels 10 years to recoup would now only take six-to-eight years. Neumann said he generally has reason to be optimistic, adding that “solar is already less expensive than retail energy rates.” That’s especially true in Wisconsin, he said, where utility rates are consistently among the highest in the Midwest. “And the further down that path we go, the sooner we are going to be disrupted by solar,” Neumann said.

Others share Neumann’s outlook. Tyler Huebner, executive director of the renewable-energy group RENEW Wisconsin, said our state remains an outlier with its unusually high fixed charges, but when he and others first started fighting these increases several years ago, the fear was that utilities were going to be getting a lot more. “I think what we worried about in 2014 was that they were going to take these fixed charges from $10 or less to $25, $40 or $50 a month,” he said. “For the most part, they’ve increased to the $15-to-$20 range. And it looks like it has stopped at that point.”

One encouraging sign is that utilities—perhaps recognizing that they are going to have to compete against increasingly cheap renewable energy—are becoming “greener” themselves. Customers of Madison Gas & Electric can now choose to get at least part of their energy from green sources in return for agreeing to pay a bit extra a month through what is known as a renewable-energy rider. Customers of We Energies can take advantage of similar service through the utility’s Energy for Tomorrow program.

Amid all this, there remain reasons for caution. Thomas Content, executive director of CUB (Citizens Utility Board) of Wisconsin and a former utilities reporter for the Milwaukee Journal Sentinel, said it would be unwise to stop paying close attention to power companies’ rate requests simply because the industry seems headed in a good direction. He said that utility regulators in this state have historically looked favorably on power companies and their plans.

Content also added that this tendency has very little to do with political party: Even when Democrats were in control in Madison, he said, there was a sense that “the ‘Average Joe’ doesn’t want solar.” But the “Average Joe” can read price signals just as well as anyone else. With costs continuing to fall and utilities under pressure to compete, many think it’s only a matter of time before solar energy in Wisconsin at least catches up with what has happened in nearby states.

For the Krepels, there is little that has happened in the past 10 years to make what was a good investment in 2008 any less appealing today. Paul said he thinks the biggest reason why more people don’t have solar equipment is simply a hesitancy to use new technology. He’s proud that he and his wife have managed to show, by example, that it can work. “There have to be people who have already installed this stuff,” Krepel said, “and it has been good to have been very early with this and to have been a pioneer.” 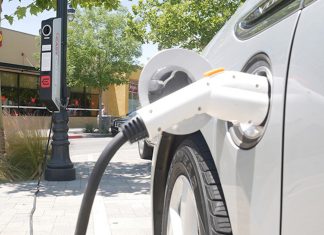 July 9, 2017
As the market for electric vehicles continues to grow, electric-car infrastructure will need to keep up with the growing population of them. To solve...