The 2017 21st Century Energy Transition Symposium concluded in the Lory Student Center with a panel discussing utilities, and whether or not they are on their way to becoming obsolete.

The utility companies that provide electricity to homes and businesses could face a declining customer base as renewable forms of energy offer an increasingly affordable way to obtain electricity.

The Energy Transition Symposium also featured a lunch and panel for women in the energy industry and events that focused on renewable energy programs.

Panel member, David Eves, president of Xcel Energy — Colorado, said the grid will have to find a way to adapt, but utility companies do have a place in the future of energy. Eves said people want to be using renewable energy and utilities can find ways to provide it.

“If we can’t find a way to respond, they’re going to go around us,” Eves said.

Eves said that although companies may be able to fund their own renewable efforts, individuals might not be able to.

“Smaller customers need a vehicle to do (use renewable energy), and I think we can,” Eves said.

Moderator Bill Ritter, former Colorado Governor and director of the Center for the New Energy Economy, started a conversation on whether batteries and energy storage will further disrupt the utilities model by allowing energy users to store their own energy.

Dan Arvizu, senior advisor to the Emerson Elemental practice of Emerson Collective, said batteries have the ability to be a game-changer, but not at their current capabilities.

“It is still not yet at the point where it can compete with other technologies,” Arvizu said. “There is an opportunity for those cost to come down, and over time they will.”

Rose Mckinney-James, Managing Principal of Energy Works LLC, agreed that batteries have the potential to cause great change within the utilities industry.

Mckinney-James said recent declines in usage of utility companies like Xcel Energy, create a need to start preparing for a different energy future.

“I do think the grid is on a path to being obsolete,” Mckinney-James said. “As we know the grid, it’s going to change in a very dramatic way.”

As the panel discussion came to an end, Arvizu said that the future of the utility companies will be determined by the consumers.

“It will be driven by market forces,” Arvizu said. “The markets will decide and tell us, and dictate to us, where we can squeeze inefficiencies out of the system.”

Collegian reporter Ty Betts can be reached at news@collegian.com or on Twitter @TyBetts9. 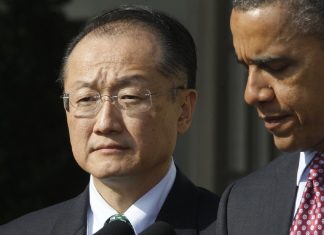