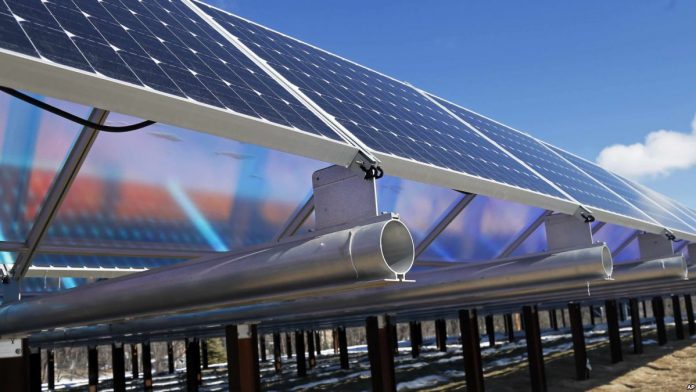 Though the Trump administration has taken steps to undo regulations aimed at cutting greenhouse gas emissions, experts say economic forces are helping to push down U.S. emissions anyway.
U.N. climate negotiators will meet in Bonn, Germany, November 6-17. It will be their first gathering since President Donald Trump announced the United States would withdraw from the Paris climate agreement.
Trump considers efforts to fight climate change a barrier to economic growth. Promising to dominate global energy markets and put struggling U.S. coal miners back to work, he has taken a series of steps to roll back regulations aimed at fighting climate change. They include moving to revoke the Clean Power Plan, former President Barack Obama’s primary tool for cutting carbon emissions from power plants.
Energy transition
Losing those regulations won’t stop the transition in energy sources that’s already underway, according to George Washington University Solar Institute Director Amit Ronen.
“We’re still going to meet the goals of the Clean Power Plan in most states, even if it’s withdrawn,” he said, “just because we’re substituting so much natural gas and renewables for coal.”
Coal-fired power plants — the most climate-polluting source of electricity — are shutting down across the country. More than 500 closed between 2002 and 2016, and additional plants are slated for closure, according to the Department of Energy. Electric utilities are replacing them with cheaper, cleaner natural gas.
And renewable sources, such as wind and solar, are booming. Prices have plummeted. Renewables are beginning to be cost-competitive with fossil fuels.
Solar tariffs
Though electric utilities are choosing natural gas and renewables over coal, the Trump administration may influence energy markets in other ways.
A case before the International Trade Commission will soon give the president the authority to put tariffs on imported solar panels — and nearly all of them are imported.
The case is billed as an effort to help domestic solar manufacturers. While Trump has not embraced renewable energy, he has said he wants to support U.S. manufacturing jobs.
But solar manufacturing is mostly automated. Far more people work in labor-intensive installation. The Solar Energy Industries Association has opposed measures limiting imports, saying it would cost jobs.
The International Trade Commission recommended tariffs smaller than what the plaintiffs asked for. But Trump gets the last word, expected before mid-January.
Even more severe trade restrictions would not extinguish the renewables industry, however.
“[A tariff] certainly adds cost and might stifle solar development,” said Rhodium Group analyst John Larsen. “But the overall clean energy picture doesn’t get hit too hard.”
That’s because many states and cities have policies requiring electric utilities to use renewable energy, Larsen noted. They are stepping up their efforts to cut greenhouse gases, even as the federal government is pulling back. If solar dips, wind may fill in the gap.
Subsidizing coal, nuclear
The proposal that could have a bigger impact on electricity markets comes from the Trump administration’s Department of Energy.
With so many coal plants shut down and eight nuclear plants on the brink of closure, Secretary Rick Perry said the reliability of the U.S. electric grid is in jeopardy.
Because coal and nuclear plants provide constant power and have their fuel supplies on-site, Perry suggested paying them more than other sources for their electricity.
The proposal has made unusual allies of the natural gas, solar and wind industries. They wrote joint comments opposing it. And critics across the political spectrum have blasted it.
“This has no intellectual depth. It’s unprofessional. It’s badly thought out,” said finance director Tom Sanzillo of the Institute for Energy Economics and Financial Analysis.
Sanzillo noted that the Department of Energy study on which Perry based his recommendations does not show that grid reliability is threatened. And Perry himself rejected a similar proposal as governor of Texas, where the growing influx of wind power was pushing coal plants out of business.
Not fast enough
Ultimately, experts say, the Trump administration has limited powers to save the coal industry.
While coal’s decline is helping to reduce greenhouse gas emissions, however, experts say they are not falling fast enough to avoid the worst of climate change.
Under the Paris climate agreement, nations agreed to keep global warming below 2 degrees Celsius above pre-industrial levels. Former President Obama pledged that the United States would reduce its greenhouse gas emissions by 26 percent to 28 percent below 2005 levels by 2025.
Even the Clean Power Plan, plus other Obama-era regulations, still would have left the United States short of that goal, Larsen said.
“The current U.S. trajectory is not in line with Paris, and the U.S. commitment in Paris wasn’t necessarily on track for 2 degrees,” he said. “It was a starting point, a down payment.
“Hopefully, other countries step up to the plate to fill in some of that gap. But that’s a big if.”
The latest report from the U.N. Environment Program says pledged emission cuts worldwide add up to just one-third of what is needed to keep the planet below the 2-degree target. 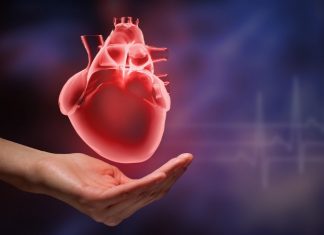