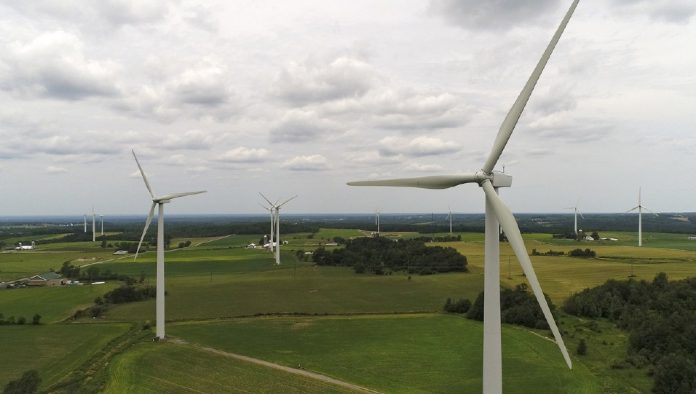 The House tax reform bill introduced Thursday would cut a major tax credit for the wind industry by one-third, but keep many of the tax breaks for the oil and gas industry.

It would trim the wind industry’s 2.3-cent-per-kilowatt hour tax credit to 1.5 cents. The solar industry’s 30 percent tax credit would be unchanged.

The wind industry says the proposal would disrupt investment planning because producers have been preparing for a phase-out of the tax credit over five years, as Congress agreed to in a bipartisan 2015 agreement.

“Despite comments to the contrary, this proposal reneges on the tax reform deal that was already agreed to, and would impose a retroactive tax hike on an entire industry,” said Tom Kiernan, CEO of the American Wind Energy Association. “The House proposal would pull the rug out from under 100,000 U.S. wind workers and 500 American factories, including some of the fastest-growing jobs in the country. We expect members of the House and Senate to oppose any proposal that fails to honor that commitment, and we will fight hard to see that wind energy continues to work for America.”

Lawmakers who support renewable energy cheered that the wind and solar tax credits remain, despite the reduction for wind.

“We have more work to do on clean energy policy in tax reform, but I am pleased with this baseline because we worked hard to preserve those tax credits for renewables,” said Rep. Carlos Curbelo, R-Fla., who is a founder of the bipartisan Climate Solutions Caucus.

Some energy analysts have said falling costs for developing wind and solar power plants means the industries are less dependent on the tax credits.

The wind association recently released data showing the wind industry has 13,759 megawatts of power capacity under construction and another 15,875 megawatts in “advanced” development, meaning in the process of being produced.

That combined 29,634 megawatts of capacity is a 27 percent year-over-year increase.

Solar costs, meanwhile, have fallen by about 70 percent since 2010, and the domestic industry now employs more than 260,000 people, according to the Solar Foundation.

Nuclear supporters said the extension of the production credit will benefit Georgia Power, a subsidiary of Southern Co., that is building two new nuclear reactors at Plant Vogtle in eastern Georgia.

“It’s a huge deal for those two plants,” said Jeremy Harrell, policy director of Clear Path Action, in an interview with the Washington Examiner. “Those plants are going to immediately benefit from it. Georgia Power had said without the extension, they can’t move forward. This credit extension would also be big beyond those plants because it allows the credit to be used for advanced nuclear reactors, the next generation of nuclear power. That’s extremely important for America’s future energy mix.”

• The bill ends some minor fossil fuel tax breaks, including a credit for marginal wells, and the enhanced oil recovery credit. But it maintains the largest tax breaks for the oil and gas industry, such as the intangible drilling cost deduction that allows producers to recover investment costs quickly.

• The legislation terminates a $7,500 tax credit for electric vehicles.

“Electric vehicles are a new industry, and the electric vehicle purchase incentive has been a vital part of getting it off the ground,” said Michelle Robinson, director of the clean vehicles program at the Union of Concerned Scientists. “We should keep these incentives in place to make sure that more drivers can take advantage of the benefit of driving electric. Instead, this bill would drop the incentives completely and immediately, throwing the market into disarray.” November 10, 2017
We’ve all heard how solar panels on your roof can help lower your electricity bills — and help the environment — but how can you get in on...