So far, the House tax bill, passed wholly by the Republican party, picks the winners and losers in the energy industry. Wind power and other green energy actors are the losers in this new economic model, according to leading economic analysis. Oil, gas, and nuclear power are proffered, on the other hand, making either energy source preferred to hydropower or any of its green cousins. “It’s a dirty tax deal for dirty energy,” Jeff Tittel, of the New Jersey Sierra Club, told ABC News. “Trump’s tax bill is a clear assault on renewable energy including wind, electric vehicles, and solar power. While keeping the bulk of tax credits for the oil and other fossil fuel industries, the bill would cut important credits for green fuels.” Originally, crude oil was only used for lighting. This changed following the invention of the internal combustion engine, which outperformed steam engine in power, range and ease of operation and maintenance, and the invention of the conveyor belt, which made it possible to mass-produce the internal combustion engine at a price which was affordable to the masses. Not much later, crude oil became the transportation fuel of choice. The horse drawn carriage was replaced by the car; the locomotive by the diesel train; the steamship by the motor vessel; and the zeppelin by the airplane. For a long time, natural gas was an unwanted by-product from crude oil production, and typically burned off (flared) at the production site. That was until, again, technological innovation made utilization of the benefits in natural gas possible. Improvements in pipeline technology made it possible to use natural gas as a feedstock for the chemicals industry, and as fuel for home heating, cooking and power generation. Later on, LNG technology improvements greatly expanded the market for natural gas and made it truly global. By Zainab Calcuttawala for Oilprice.com 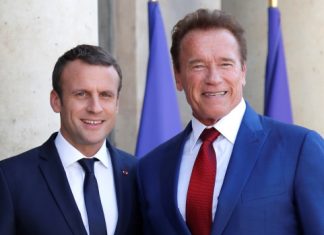 June 27, 2017
French President Emmanuel Macron has made his commitment to backing renewable energy sources and fighting climate change clear. He now has a high-profile ally...