SANDWICH – An official dedication ceremony was held yesterday for the Edmond Freeman Solar Farm in Sandwich.

The project is an effort by NRG Energy and has been completed for nearly a year, but was delayed by a series of relay testing and regulatory delays before finally going on-line last June.

“It is a community solar facility,” said NRG Vice President Tom Atkins, “So residents of Sandwich and the Cape in general were eligible to participate in the solar farm and it’s fully subscribe now and we’re pleased to be able to provide that power to local residents so they can offset their electric bills with the clean renewable power.”

Also on hand was Michael Judge of Renewable and Alternative Energy Development, Sandwich Town Manager George “Bud” Dunham, and members of the town’s Board of Selectmen.

The 1.5 megawatt development is located on a 2.8 acre parcel of land near the Bourne town line and is named for one of the Cape’s earliest settlers Edmond Freeman whose homestead was near the current installation.

Atkins says that power generated by the panels will be moved directly to the grid, “The electricity from the Edmond Freeman Solar Farm will always be taken by the grid first, so to extent the sun is out and the plant is making power, that power will be used by the grid.”

NRG Spokesman David Gaier said that the Project will help bring Massachusetts closer to its renewable energy goals, “The NRG Community Solar Project will provide up to 1.5 megawatts of solar power to the Cape, supporting the commonwealth’s sustainability goal of 1,600 megawatts of new solar power by 2020.” 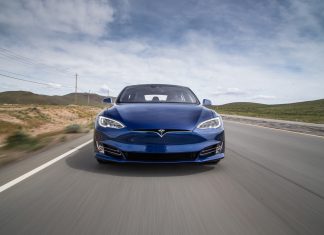 June 8, 2017
Those looking to secure a Tesla second-hand often had to commit to putting down quite a bit of money, due to the fact that...