Home Hydropower A tiny African island nation will run on 100% renewable energy in... 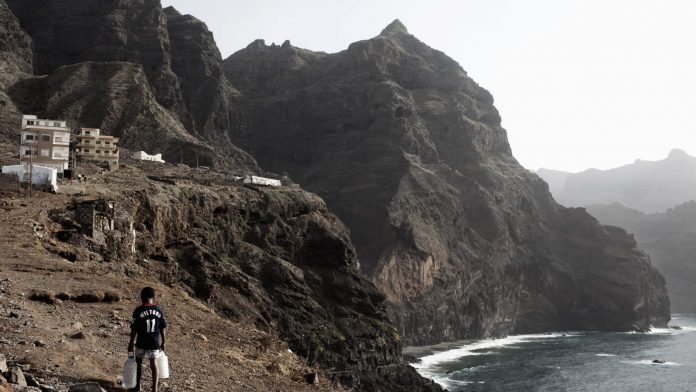 Cape Verde, the small island archipelago nation off Africa’s northwest coast, has set itself a very bold renewable energy target. As part of its “sustainable energy for all” agenda, it has pledged to obtain 100% of its electricity from renewable resources by 2025.

Cape Verde is made up of 10 islands, nine of which are inhabited, that lie about 600km west of Senegal. Almost all of the islands’ 550,000 residents have access to electricity, but about one-third still rely on firewood and charcoal for cooking. Cape Verde’s per capita electricity consumption of 727 kWh per person per year is substantially higher than the sub-Saharan Africa average of 488 kWh per person per year. But electricity prices are high. They range from $0.26 – 0.32 in recent years compared, for example, to an average of $0.13 for residential homes in the US.

Although most of its electricity is produced by generators, which run on imported petroleum products, Cape Verde has started to diversify its energy portfolio. A quarter is now provided by renewable sources. This is good news because there are estimates that, between 2015 and 2020, Cape Verde will almost double its annual electricity consumption to 670 GWh, up from 360 GWh.

Some countries obtain almost all of their electricity from renewable sources, but these have substantial hydroelectric resources. Cape Verde, lacking large hydropower resources, would be unique in achieving 100% renewable energy with a diverse resource mix.

Like its mainland African neighbours, Cape Verde has a variety of resources and technologies to choose from. It has wind resources like Morocco, the solar potential of the Sahel, geothermal resources like Kenya, and marine energy comparable to many coastal countries.

Cape Verde’s northeasterly trade winds are considered excellent for wind power production. A wind farm typically requires wind speeds of at least 6.4 m/s at 50m above ground. Cape Verde’s average annual wind speeds exceed 9.0 m/s at the wind farm. Already three of the islands, including the two most populated, produce about 25% of their electricity from wind turbines. But without energy storage there is little opportunity to expand wind energy on these islands.

Another technology that could be integrated into the electricity generation offering is the country’s desalination systems. Many of Cape Verde’s communities depend partially, or entirely, on these for drinking water. Desalination systems require electricity and can be run at times when the wind turbines are operating, but electricity demand is low – such as at night.

Additionally, the desalinated freshwater can be pumped into a high-elevation reservoir and used for energy. When demand peaks the water flows back down, spinning hydro turbines and generating electricity in the process. Integrating desalination and energy systems like this could be highly beneficial. For example, on the island of São Vicente it could enable wind turbines to meet up to 84% of the island’s electricity demand.

Like many African countries, Cape Verde’s tropical location has good potential for solar photovoltaic (PV) electricity. One study suggests that the solar PV capacity potential is more than double the currently installed electrical generating capacity. Most of the potential development is on the densely populated island of Santiago. The challenge, as with wind, is integrating irregular flows into the grid.

Cape Verde could also take advantage of an emerging technology called ocean thermal energy conversion. This uses the difference between warm surface water and cold, deep ocean water to produce electricity. It works best in equatorial latitudes where there is a large difference in temperature between surface water and deep water. Assessments show that the ocean waters around the southernmost tip of Santiago might be suitable for it.

In addition, as a volcanic archipelago Cape Verde has potential for geothermal energy – which uses heat from the earth. Both geothermal and ocean thermal energy conversion electricity generation have the advantage of running all the time. This provides baseload power, meeting the minimum level of power demand all day.

When it comes to distributing and paying for energy, systems also need a re-think.

Although the centralized grid model of electricity has been effective, technological advancements are making community-based “micro-grids” increasingly attractive. At least three communities in Cape Verde are already using a solar and wind-based micro-grid.

A microgrid is a local electricity grid. It includes electricity generation, distribution to customers, and, in some cases, energy storage. It’s beneficial because solar- or wind-based microgrids are cleaner than diesel-based systems and have lower life cycle costs. Microgrids are also often connected to the main electricity grid but can disconnect and operate independently, for example, when a storm damages the main grid.

“Pay-as-you-go” energy systems have also revolutionized the delivery of electricity services in Africa. They integrate energy technologies, mobile communications and mobile banking. This allows households to purchase “solar home systems” and pay the cost over time. Kenya and Tanzania have emerged as leaders in this sector and are home to companies such as M-KOPA, Mobisol, and Off-Grid Electric. Pay-as-you-go systems could enable Cape Verde to reach its renewable energy goals without the large capital investments of centralized systems.

Cape Verde has already had tremendous success in integrating wind and solar into its energy system. By adopting cutting-edge technologies and innovative business practices, Cape Verde can achieve its 100% renewable energy goal in a way that is cost-effective and equitable. 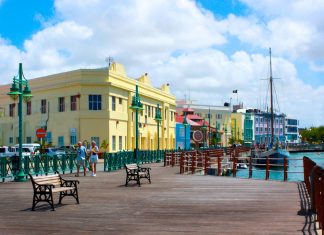