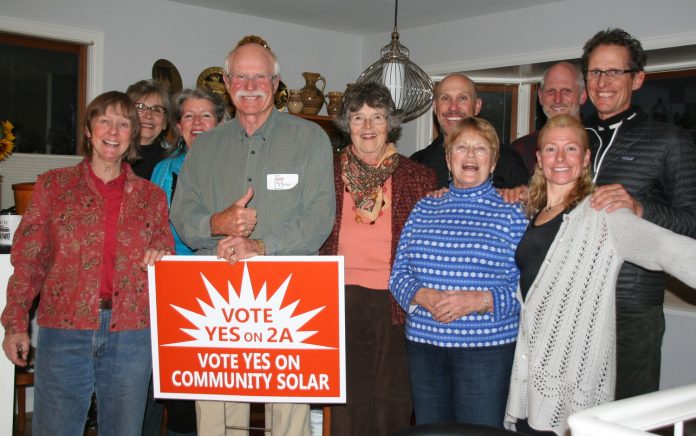 As of 9:22 p.m., the majority of Golden residents had voted to approve the use of renewable energy on a portion of the Rooney Road Sports Complex to potentially get the city’s first community solar garden.

A community solar garden is a photovoltaic (PV) solar system that generates renewable electricity for which utility customers can purchase subscriptions.

The sports complex, 101 Rooney Road, houses lacrosse, football and soccer fields. The solar garden would use about 10 acres of the 50-acre site, which is built on top of a landfill. It is a brownfield site, meaning some ground contamination concerns exist, so the property has only several designated uses. One of them is renewable energy.

The land is owned by Jefferson County and leased to Golden for recreational use. Using the portion of the site for renewable energy required a citizen vote.

As of now, there are no draft plans for the solar garden, as plans were pending the outcome of this election. However, the next step will be amending the lease with the county.

One of the city’s sustainability goals is to provide 50 percent of the community’s electricity use from renewable energy sources by 2027, said Golden’s sustainability coordinator Theresa Worsham in a previous interview.

But not only that, “it will be unprecedented in the Front Range,” he added. “Folks who have apartments or shaded roofs will now be able to participate in the solar revolution.”