The company said Wednesday the achievement contributed to the EDF Group’s Cap 2030 strategy to double its renewable energy capacity by 2030, both in France and abroad, Kallanish Energy reports.

EDF Group’s first wind farm in the Brazilian market, Ventos da Bahia, was recently brought online generating 66 MW of electricity. The project is the first tranche of the complex of wind energy projects, with 800 MW in potential capacity to be located in the northeastern state of Bahia.

Electricity generated by the 22 onshore wind turbines is sold under a 20-year power purchase agreement (PPA) with Brazilian electricity regulator Aneel. The project is 80% owned by EDF EN, with the remaining stake owned by original developer SOWITEC.

The Pirapora solar PV project commissioned some 284 MW of capacity, in partnership with Canadian Solar.

“The success of our first renewable energy projects in Brazil represents a major milestone for us,” said Antoine Cahuzac, CEO of EDF EN. “It supports the EDF Group’s major development goals in Brazil, where the government’s aim is to generate 23% of its electricity from renewable energy by 2030, and our solar, wind and hydro projects currently under construction will make a valuable contribution.”

Brazil, the world’s eighth-largest energy consumer, is Latin America’s largest market in terms of the development of renewable energies. Clean energy accounts for nearly 75% of the power generated in Brazil.

Existing capacity has to be doubled under the 10-year energy plan drawn up by the Brazilian energy minister and revised in 2015. Some 73,000 megawatts (MW) of capacity, mainly renewable energy, is due to be built by 2024, EDF EN said. 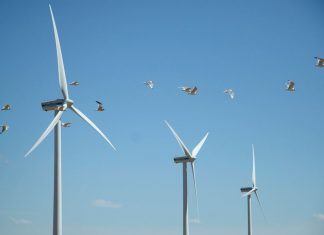 For Every Bird a Wind Farm Kills, a Fossil-Fueled Plant Kills...

June 19, 2017
One of the most common arguments leveled against wind turbines is that they kill a large number of birds, with specific attention being paid...