The world is shifting from fossil fuels to renewable energy in a big way right now, but a group of scientists has come up with a new kind of material that works like a renewable substitute for coal.

This ‘instant coal’ biofuel brings the high energy efficiency of coal without the usual damaging side-effects – such as deep mining to collect it, and resulting pollution from burning it and releasing impurities.

What’s more, it doesn’t take eons to form underground, and is instead made from agricultural waste including wood and plants. That means we’ve potentially got a never-ending source of the stuff, according to the team developing it at the Natural Resources Research Institute (NRRI), part of the University of Minnesota Duluth.

“If you think about how Mother Nature made fossil coal, it’s time, pressure and heat,” says one of the team at NRRI, Tim Hagen.

“We’re doing those same processes, but instead of millions of years, we’re doing it in a few hours. And because minerals don’t get into the mix, we don’t have those potential pollutants.”

The BTU or British Thermal Unit is an indicator of stored energy: coal offers around 12,500 BTUs per pound, but this new biofuel is right up there with 8,000 to 9,500 BTUs per pound. A different variation, known as energy mud, can hit even higher levels.

These biofuel briquettes are produced using a process similar to coffee roasting, where raw biomass is dried and then heated up to 249°C (480°F) in a low-oxygen atmosphere, before being compressed. Technically it’s known as torrefaction.

“Maybe you like light roast coffee, it’s not as concentrated… or you can take it further and have a dark roast coffee. We can do the same thing here,” says one of the NRRI researchers, Don Fosnacht.

Meanwhile, the energy mud is made through an alternative system akin to a pressure cooker. Known as hydrothermal carbonisation, it removes the drying stage of the process. Between the two techniques, the Renewable Energy Lab is producing between four and six tons of biofuel a day.

It’s going to be some time before this ‘instant coal’ is ready for widespread and commercial use, but potentially it could reduce emissions from coal-fired power plants, power steam engines, reduce our reliance on mining coal for making steel and other iron products, and utilise natural waste from plants and trees at the same time.

As an added bonus these materials are easy to transport – they repel water and don’t rot.

Reducing our reliance on coal and fossil fuels can’t happen soon enough, with carbon dioxide levels in the atmosphere now the highest they’ve been for some 3 million years. That in turn is driving temperatures up and up.

The Renewable Energy Lab is now busy looking for commercial partners to help them scale up the process of making their coal substitutes. We’re hoping the world’s industries can make use of it sooner rather than later. 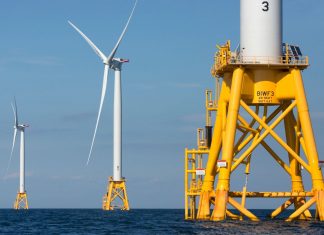 June 13, 2017
In just over a decade, more than a fifth of investment by the biggest oil and gas companies might be in wind and solar...