Home Solar They’ve got the power: Students run a turbine and light up their... 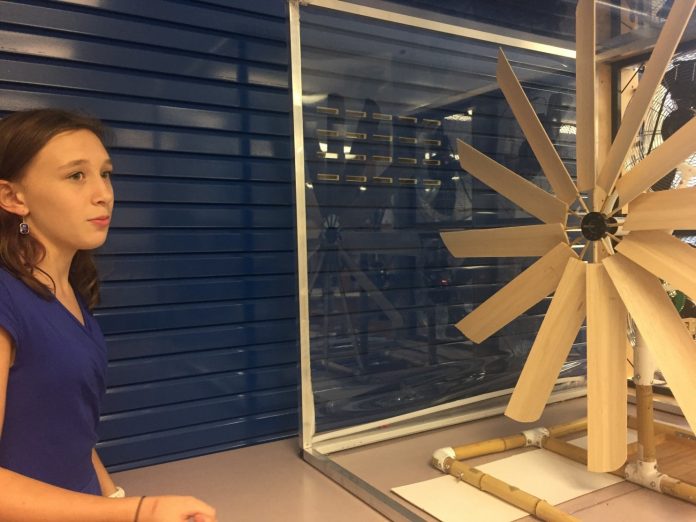 On a blustery autumn afternoon, the blades of a slim, 29-foot-tall wind turbine turned briskly outside Lanier Middle School. The turbine, which also has a solar panel, lights a small street lamp. But there’s something much more powerful going on at the Fairfax city school. The wind turbine and solar panel represent a growing effort to equip students with knowledge about renewable energy. Jobs in the solar industry top the list of fastest-growing professions in the United States, according to the Bureau of Labor Statistics. It’s a field that’s expected to more than double between 2014 and 2024, the agency estimates. And Robert D’Souza wants his students — seventh- and eighth-graders — to be prepared. “Renewable energy is going to be huge,” the technology and engineering teacher said. “We have to teach them technologies which are relevant to them for the future, not necessarily what exists now.” In D’Souza’s class, students are taught about all manner of renewable energy — solar, wind, hydroelectric and geothermal. He envisions a day when students train community members about harnessing wind energy.

Lanier Middle School uses curriculum from the Virginia Center for Wind Energy at James Madison University, which manages the federal Wind for Schools program in Virginia. The center has helped about 10 schools across the state host wind turbines, said Remy Pangle, associate director and curriculum coordinator. Several other schools have independently installed wind turbines. The reason is clear: Traditional power plant jobs are fading away, Pangle said. But renewable energy jobs are “growing by leaps and bounds,” and the industry needs workers to fill them. Consider that the first wind farm in Virginia is expected to be installed in 2018, she said. Lanier’s location, she said, is distinct in that it’s sometimes difficult to install wind turbines in Northern Virginia because local rules often bar structures that are too tall. The hybrid turbine and solar panel arrived at Lanier Middle in September. The school is one of just three in the nation to have that kind of energy producer. The model, called the Air Silent X, is produced by Primus Wind Power and is being tested at the Northern Virginia middle school, at a college in North Carolina and an elementary school in Colorado, said Ken Kotalik, director of global sales and operations. He envisions the hybrid unit will be used primarily for educational purposes — the system collects data, such as wind speeds, that students can analyze from a computer.

The models would cost about $15,000 to buy and install, Kotalik said. “Many schools want to have a solar and wind system at their school, and this is a fairly affordable way to do it,” he said. Because Lanier is part of the initial testing of the hybrid turbine and solar panel, the school was able to install the device at a lower cost and is involved in helping develop a fully marketable product, Pangle said. Lessons learned from Lanier, she said, could be used to help adapt or improve the turbine before it reaches the market. But enthusiasm for renewable energy at Lanier extends beyond the spinning blades of the turbine. The school is also home to the Spinners, a team of students that nabbed second place in the KidWind Challenge, a national wind turbine competition, in May. The students built their own turbine but then had to disassemble it for the trip to the national competition in California, carrying the parts in baggage. The students’ turbine now sits encased in one corner of D’Souza’s classroom. One of the students involved in the competition, 13-year-old Laila Acquavella recalled how she and fellow Spinners teammates spent at least four hours a week building the turbine. “It’s really, really cool to work for so long and get to see the results,” she said. “I learned so much about this. I honestly didn’t know how interesting this could be.” 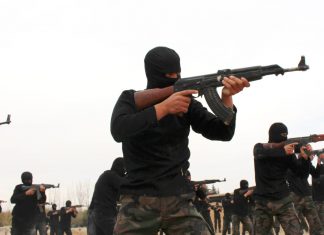