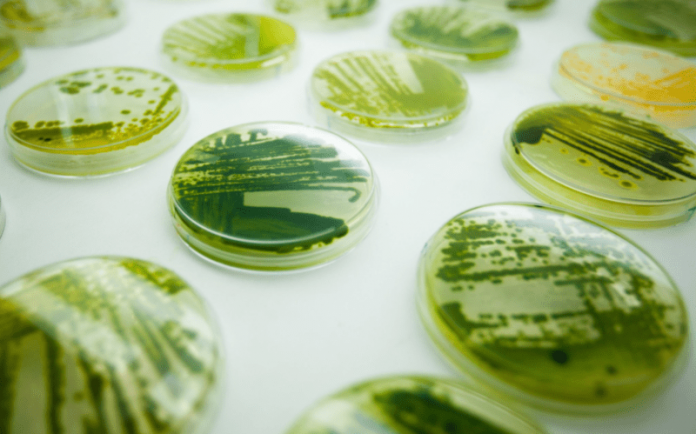 Most of the world’s oil reserves are buried kilometers under the Earth’s surface.

With nations worldwide slowly waking up to its ecological impacts, our newest sources of oil may lie far below Cayuga’s waters, stored in a group of green, slimy organisms: algae.

Algae are valuable because the natural oils they produce are remarkably similar to diesel. Using a simple conversion process, these oils can be used in vehicles that currently operate on fossil fuels. The issue, however, is efficiency. Often the species of algae that produces the most oil is also the slowest at reproducing, making it unfeasible for any real cultivation.

“We buy and produce so much oil that to make a dent in the market, one would need to produce massive amounts of biofuel,” Stern said. “Scaling up is always challenging.”

Rather than abandon this pathway and seeking out a more effective species, Stern decided to turn to genetic engineering to increase the cell’s net oil production. In order to find a new, improved variant of the species, scientists must manipulate the algae’s genes. However, as Stern admits, the scientific community is still unsure of which gene in the algae’s genome is responsible for the effects the team desires. Deducing the combination of genes to alter is thus, a mammoth task.

“How many genetic changes would it take to optimize oil production and reproduction in an algal species? Would it be one, 10, 20?” Stern said.

In addition to this combinatorial problem, not all variation created in a cell would be beneficial. Without knowing what each gene in the algae genome does, mutating the algae without serious negative consequences, such as cell death, becomes ever more challenging. Stern uses the problem of solving a Rubik’s cube as an analogy. “If you try to solve all of the sides at once, it’s overwhelming.”

Instead of focussing on a single mutant strain at a time, Stern realized that the team would need to create and screen a large number of strains.

To do so, the researchers built an entire research facility on a microchip the size of quarter. The chip features hundreds of thousands of individualized compartments, or “bioreactors,” each capable of holding an algal cell. The compartments allowed the team to create different growth environments and experiment with different genetically modified strains of algae.

“As we can create hundreds of thousands of these tiny droplets, we can put single cells in every one of these bioreactors and grow them to see how fast they are growing and how much oil they are producing,” Stern said.

Stern could then screen millions of cells for improvements in reproductive and oil production rates at the same time. Furthermore, the chip’s plastic construction makes it easy and cheap for other research teams to experiment with.

“[We would] recover the variants that were performing significantly better than the average. One could then use the best variant from screening, and mutagenize and screen it again. This creates the effect of rapid evolution,” Stern said.

Without the chip, it could take researchers a lifetime to go through only a fraction of these combinations. Instead, scientists can now screen millions of algae mutants at a time with multiple chips, searching for that one “miracle mutant.”

Stern, though, insists that the path to such a breakthrough is riddled with obstacles.

“We’ve barely scratched the surface of the potential for on-chip algal screening. The major barriers are higher throughout and creating highly accurate detection of the biological properties of interest,” Stern said.

In addition to these issues, funding is becoming harder to attain for those involved in biofuel research.

“The price of oil has declined drastically because of fracking, which has created a daunting barrier to entry for new energy technologies,” Stern said. “This has led to failure or drastic repositioning of companies formed to develop algal biofuels; for example by switching to specialty oils for cosmetics or food products.”

Stern also believes that, under the current presidential administration, it will become increasingly difficult for environmentally concerned researchers like himself to receive funding, given the rising incentives that make investing in traditional oil a better alternative.

And yet, Stern remains optimistic about the future of biofuels.

“While our project did not deliver a commercially viable algal strain in four years, it has advanced our knowledge in this area of metabolic engineering, and has shown promise for on-chip screening of algae. We learned a lot.” 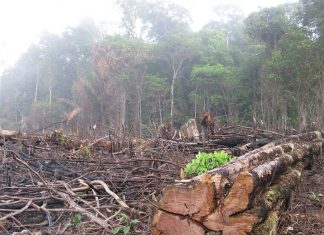 July 16, 2017
The Brazilian environment ministry is proposing the release of 860,000 acres in the National Forest of Jamanxim for agricultural use, mining and logging. The government’s order was...