Home Climate #StillIn: How Philly is staying green under Trump 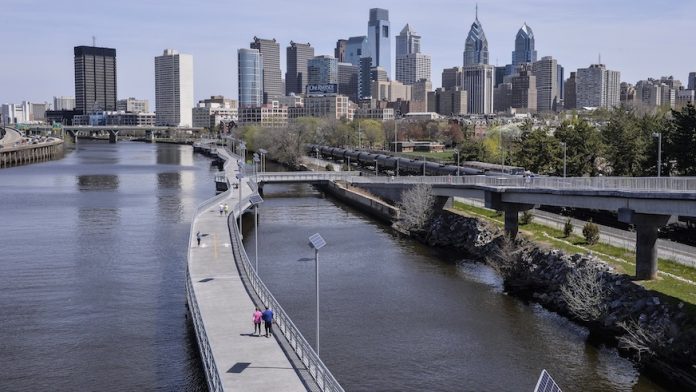 Fighting climate change isn’t easy in a country where your president doesn’t even believe that it’s real.
But in Philadelphia, like-minded and environmentally-conscious officials and activists are working together to ensure that the carbon emissions reductions called for under the Paris Accords agreement take effect here, regardless of Trump’s stance.
“Philadelphians refuse to leave the Paris Accord,” said Mikhel Harrison, a member of Organizing for Action. “Clean energy is critical to Philadelphia and our surrounding counties. Not only does it keep our air and water clean and our citizens healthy, but it keeps American innovation and jobs right here in the city. Leaving the agreement is not what our city or our country needs.”
Harrison was at a “#StillIn rally in Center City on Tuesday, one of hundreds held across the country to call for an increased domestic focus on environmental reforms despite the Trump administration’s steps in the opposite direction.
Also on Tuesday, Mayor Kenney’s office released “Powering Our Future: A Clean Energy Vision for Philadelphia,” a report on how it plans to meet the sorts of goals the that the Paris Accords were intended to achieve.
“This work has become all the more critical in the wake of the Trump Administration’s decision to withdraw from the Paris Climate Agreement and proposal to rescind the Clean Power Plan,” Mayor Kenney wrote in a letter introducing the report. “To lead by example, my administration has already issued a Municipal Energy Master Plan that outlines how the City will better manage our own assets (including buildings and street lighting) while reducing energy use and greenhouse gas emissions.”
Concerns from climate change are very real for the City of Brotherly Love, according to the report, and include concerns about the city beginning to see as many as 52 days a year above 95 degrees by the year 2100, heavier rains and snowfall; and worse flooding along the Schuylkill and Delaware rivers.
Mayor Kenney has pledged to continue fulfilling the goals of the Paris Accords despite Trump’s controversial decision to withdraw from it. He has set a goal of reducing Phillycarbon emissions by 80 percent below 2006 levels by 2050, and the report lays out action strategies for how to actually do that.
Early steps include a coming “major energy retrofit” on the Philadelphia Museum of Art, the single-largest energy user among city buildings; seeking proposals for a long-term commitment to purchase renewable energy from a large-scale wind, solar or other renewable energy company; encouraging citizens to keep installing solar panels on their roofs, and transitioning municipal systems that rely on gas or oil heat to “emerging technologies like microgrids, high-efficiency heat pumps, fuel cells, geothermal and solar heating systems, and renewable biogas,” the city’s report said.
Also on Wednesday, the city will launch Philacycle, an expansion of Philadelphia’s Recycling Rewards program offered through Recyclebank that will come with its own app.
“Powering Our Future outlines opportunities for residents, communities, and institutions to make Philadelphia’s clean energy vision a reality,” said Christine Knapp, the city’s director of sustainability. “This draft report is the next step in an important on-going conversation about how we can work together to make sure all Philadelphians can efficiently use clean, affordable energy.” 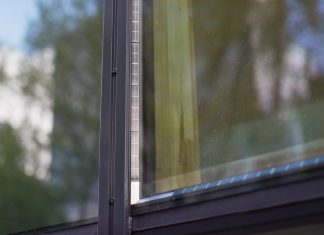 July 5, 2017
A solar startup called Physee has installed windows with solar cells in the window’s edges at the headquarters of Rabobank, the biggest bank in the Netherlands. The solar...