Home Business Facebook data center to be powered by $430 million wind farm in... Construction has begun on a wind farm that will supply 100 percent of the power required to operate a Facebook data center in Papillion, Nebraska.

The Rattlesnake Creek wind farm in Dixon County, Nebraska, will have a capacity of 320 megawatts (MW). Under a power purchase agreement, Facebook will buy power from 200 MW of the farm’s capacity to operate its data center.

Facebook’s director of global energy, Bobby Hollis, said that the business was now “one step closer to our goal of powering all of our operations with clean and renewable energy.”

According to the U.S. Department of Energy, the U.S. is “home to one of the largest and fastest-growing wind markets in the world.”

The Enel site will produce roughly 1.3 terawatt hours per year when fully operational. This will be enough to meet the “equivalent annual consumption needs” of over 105,000 U.S. homes, Enel said, helping to avoid the emission of around 940,000 tonnes of carbon dioxide annually.

“This project consolidates our growing presence in the U.S. as our company enters into a new state and expands our business with new partners,” Antonio Cammisecra, the head of Enel Green Power, said in a statement.

“We are thrilled to be able to support Facebook’s growing renewable energy needs in Nebraska and be a part of driving economic development in the region,” Cammisecra added. 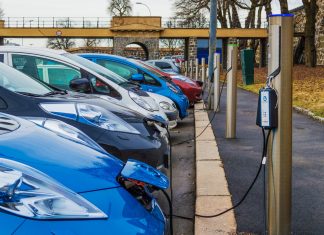 July 5, 2017
Norway is in the middle of an electric car renaissance. While in most countries, electric cars make up 2 or 3 percent of total car...