NIXA, Mo. • A city in southwest Missouri has opened the largest solar farm in the state.The Springfield News-Leader reports that the new Nixa Solar Energy Farm started providing power this month. City officials predict that the array’s 33,000 panels will be able to provide about 9 percent of the city’s power needs.The city will get 20 percent of its energy from renewable resources once the facility hits its production capacity, said Doug Colvin, the city’s public works director.
“It’s a great start, and we too will probably grow from there at some point in the future,” Colvin said. “Our outcome of this is basically moving toward a stewardship of our environment. This has all been said before today, and we’re very proud to be a part of that.”City officials believe the solar farm will save the city $2.5 million by producing power it would’ve had to buy from City Utilities and the Southwestern Power Administration.Gardner Capital is the project’s current developer and will likely be the longtime owner of the project.
There are two major changes in attitude that are contributing to an increase in solar power, said Mark Gardner, the owner of Gardner Capital.One change is the growing belief that burning the Earth’s finite resources is bad for the environment, he said.
“Coal is dead. It just is,” Gardner said. “It’s gonna take a while. It’s gonna die a bit of a slow death because there has to be a transition.”A changing culture in the U.S. business community is also contributing to the change, he said.”Shareholders are demanding that corporations represent the interests of shareholders — not just their financial interests, but the interests they hold on a personal level,” Gardner said. “They are demanding that corporations have a social conscience.” 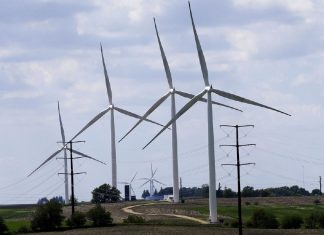