Home Solar Nearly 40% of all new power capacity in India this year is... 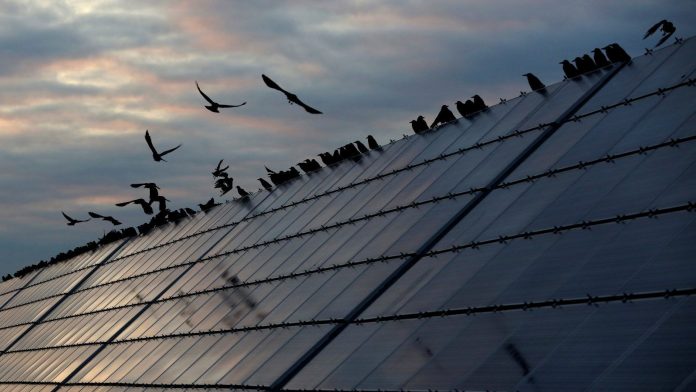 The solar energy sector has accounted for the largest capacity addition to the Indian electricity grid so far this year.

It has contributed around 39%—over 7,100 megawatts (MW)—to the overall capacity additions, according to data from Mercom Capital Group, a US-based research and consulting firm. For comparison, solar energy capacity additions stood at only around 4,313 MW in all of 2016.

The spurt in solar power capacity comes on the back of the Narendra Modi government’s push for renewable energy, and its target of installing 175 GW of renewable energy (100 GW of this from solar sources) by 2022. “Last year (financial year 2016-17) was a landmark year in the Indian power sector…for the first time, the capacity addition in renewables sector was more than conventional and the same is likely to continue even this year also,” Amit Kumar, a partner at consulting firm PwC, told Quartz.

India’s demand for coal is also likely to peak by 2027, according to an analysis by the Institute for Energy Economics & Financial Analysis (IEEFA), a US-based research institute, the Financial Times reported (paywall). It will be replaced by renewables, which the IEEFA predicts will account for 27% by 2027.

The last few months, however, have been difficult for the sector. Solar energy developers are battling issues ranging from lack of power transmission infrastructure, increasing costs of solar panels, and lacklustre power demand. “Even though the Indian solar market is on pace for a record-breaking year, the momentum has definitely slowed,” said Raj Prabhu, Mercom Capital Group’s CEO.

For instance, nearly 1,000 MW of large-scale projects that are ready to be connected to the grid haven’t been commissioned yet due to delays by the government, according to the Mercom report. The sector also had to tackle ambiguity around the goods and services tax on solar plant components and various states’ demands to renegotiate older power purchase agreements (PPAs). The sector expects another policy change—an imposition of anti-dumping duties on imported panels—in the next few months.

As a result, capacity addition has only reached 7,100 MW this year in the sector—around 3,000 MW short of the annual target set by the ministry of new and renewable energy. “The fourth quarter of 2017 will be a crucial one for the solar sector in many ways, considering the anti-dumping recommendations due to be released, the uncertain trajectory of module prices, and low power demand,” the Mercom report added. July 3, 2017
UPS distributes to countries around the world and as part of its commitment to reduce emissions and its carbon footprint, the company has recently...