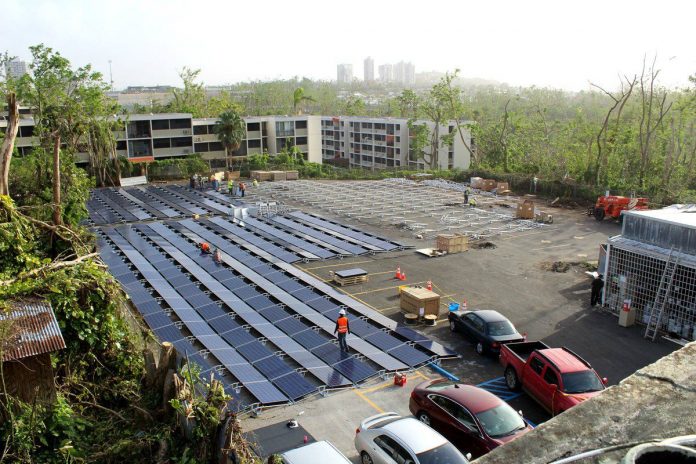 About a month ago, PJ Wilson arrived in San Juan, Puerto Rico, where 3.4 million people were left without power after hurricanes Irma and Maria.

Wilson, the former director of Renew Missouri, noticed immediately that many residents were suffering from depression, after having lost their jobs or not being able to reach loved ones by phone.

“It’s not only that they don’t have power,” said Wilson, who for years led Renew Missouri’s efforts to advocate for renewable energy. “It’s that they don’t know if they’re going to get power next week or next year or six months from now. So it’s hard to plan their lives around that.”

Wilson came to San Juan to launch a project called Solar for Puerto Rico. It aims to provide electricity to 5 percent of the island’s population, about 55,000 homes that may not be reconnected to the electric grid for at least a year. With the help of local residents, Wilson is distributing solar panels, batteries and Bluetooth speakers to poor and rural communities.

Less than half the power in Puerto Rico has been restored. About 98 percent of the island’s electricity comes from fossil fuels. Wilson wants to develop a solar-powered microgrid to serve as a localized backup power system.

“There are many communities that are in the center part of the island [where] the transmission lines have been knocked down,” Wilson said. “In order to rebuild, it takes helicopters just to bring 150-foot-tall transmission poles to put in the ground there.”

Wilson plans to move to Puerto Rico and work on the project for at least another six months, during which he hopes to raise $5 million to support his efforts. Solar for Puerto Rico is funded through a mix of crowdfunding efforts and organizations including The Solar Foundation, which is connected to the Clinton Foundation.

Wilson’s project is not the only initiative working to bring solar power to Puerto Rico. Another group, Resilient Puerto Rico, has also been installing solar generators in underserved communities. 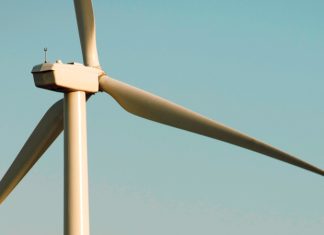 Analyst: Tesla’s Ability to Update Software, Over the Air, Makes Other...