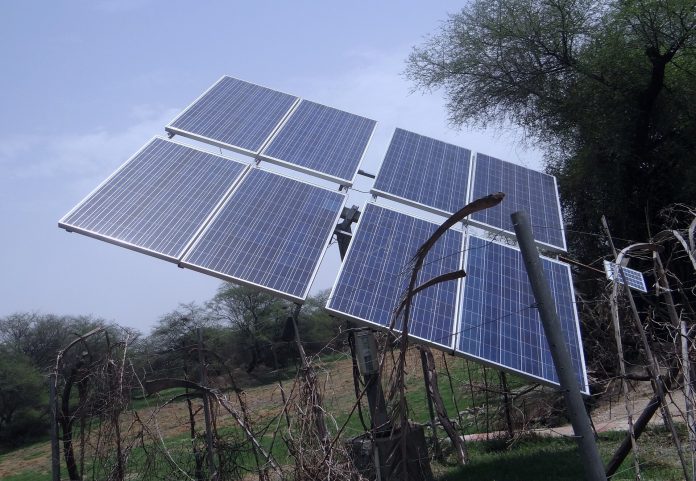 Based upon ambitious targets in renewables, India is increasing its total installed capacity in solar and wind energy via higher investments and research collaborations.

India’s Ministry of New and Renewable Energy (MNRE) has set itself huge renewable energy growth targets. By 2040 the county plans to target a total renewable energy capacity of 175GW up from 3 GW in 2016. To meet these targets, India plans to more than double its wind power capacity and increase solar power by 15 times, including 100 GW from solar power, 60 GW from wind power, 10 GW from bio power and 5 GW from small hydro power. To help achieve these targets, India’s government has announced that no new coal based energy will be required in the next 10 years.

In 2016, India’s installed renewable energy capacity totalled 57 GW with 61% of this renewable power coming from wind, while solar contributed nearly 19%. Experts believe this is equal to nearly 58 million tonnes of carbon emission savings each year, or the same as planting more than 1.76 billion trees. Hydro energy accounted for 44.41 GW in 2017, but these are administered separately by the Ministry of Power and not included in MNRE targets.

India is fast becoming a world leader in renewable energy productions. It currently holds the record for the largest solar power plant with 900 MW of capacity installed soon to be rising to 1000 MW.

India’s fast growing clean energy sector is gaining respect around the world with companies across the globe seeing the potential. This has led to investments of more than $3.16 billion in the commercial solar sector and is great news for the economy. Earlier this year, India took the second spot on a list of the world’s most attractive renewable energy markets behind China. The USA was bumped from the top spot to third, largely because of President Trump’s U-turn on the Paris Agreement.

India has the fourth largest installed wind power capacity in the world (32.17 GW installed), exceeded by only China, the US and Germany.

Wind power accounts for nearly 10% of India’s total power generation capacity and generated 46,011 million kWh between 2016 and 2017 — nearly 3% of total electricity generation. The country’s wind energy installations are ahead of schedule. India’s target of 4 GW of new wind power capacity in 2016 was significantly over-delivered after the total installed ended up at 5.4 GW.

India’s high solar insolation makes the country ideal for solar power generation. With about 300 clear and sunny days in a year, the calculated solar energy worth is about 5,000 trillion kilowatt-hours (kWh) per year. Incredibly, the total solar energy available in a year exceeds the possible energy output of all fossil fuel energy reserves in India.

India has quadrupled its solar generation capacity from 2,650 MW in 2014 to 12,289 MW by March 2017. Despite this impressive growth, solar is lagging its target of 12 GW (7 GW of utility-scale and 5 GW of rooftop solar). The government’s focus on additional PV parks will help to plug the gap, but it does need to do more to encourage rooftop solar installations. India’s current rooftop solar energy capacity is just 740 MW. 14,000 square miles of the Thar Desert has been set aside for solar power projects, sufficient to generate 700 to 2,100 gigawatts of electricity.

One of its focuses has been developing its off-grid solar power for local energy needs. India is densely populated and much of the country’s population is off grid with only 55% of all rural households have access to electricity. One of its first goals has been to replace the 5 million diesel power water pumps each requiring 3.5 kilowatts of energy and installing off grid lighting.

It’s not just solar panels the country is investing in — by the end of 2015, just under one million solar lanterns were sold in the country, reducing the need for kerosene. 118,700 solar home lighting systems were installed and 46,655 solar street lights were provided and installed by the government and 1.4 million solar cookers were distributed in India.

India still has a long way to go. 60% of its total energy consumption was coal power with renewables making up almost 16%. It is the biggest greenhouse gas emitter after the US and China but without a doubt it is heading in the right direction. The promise by the government to increase renewable capacity to 40% by 2040 will help reduced its pollution on this planet. November 28, 2017
GOLDEN, Colo. (CBS4)– A team of Colorado researchers may have revolutionized the way buildings are constructed and harness the power of the sun. “This was...