Home Geopolitics A Comparison Of Dominance In Solar Energy Space: India And China China and India are two of the largest economies in the world and their economic development has primarily been fuelled by coal. China burns out the most coal in the world with its consumption level at 49% and its production level at 46%, only to be followed by India, who ranks third in the list. Both of these countries are racing to produce and develop other types of energy resources. India currently has 12 gigawatts (GW) of solar power within a total generation mix of 320 GW of power (including wind power). Renewable energy, excluding large-scale hydropower account for about 17% of the total power output of India.

However, China has around 149 GW of wind and 77 GW of solar power – standing far ahead of its neighbour. China’s capacity of mix energy is almost five times greater than that of India’s at 1,646 GW. China did get an early lead in terms of manufacturing renewable energy, but India is surely looking to catch up in the race of which country is the greenest.

The Indian Ministry of Power publishes a five-year National Electricity Plan since 2007. The third draft of the National Electricity Plan was published in December 2016. This draft made a number of suggestions and predictions on how India could meet the electricity demands of the country during its current 13th five-year plan (2017-2022). This lies in close alignment with China’s 13th five-year plan which runs from 2016-2020. Both the countries have published their respective energy plans. Given that their planning periods are closely aligned, it gives an opportunity to assess and compare their respective energy strategies.

India’s National Electricity Plan (NEP) affirms a strategy of rapid expansion in the field of renewable energy. India aims at having 175 GW of renewable capacity installed by 2022 which means an additional 100 GW of solar power and 60 GW of wind power. The targeted contribution of the major renewable energy sources to reach to the capacity of 175 GW by 2022.

The plan says that “substantial higher capacity target of renewables will ensure greater energy security, improved energy access and enhanced employment opportunity. With the accomplishment of these ambitious targets, India will become one of the largest Green Energy producers in the world, surpassing several developed countries.” It adds that in future solar power plants will have more installed capacity than wind plants. The plan projects a state-wise break up of Renewable Power (RE) target corresponding to the installed capacity of 175 GW to be achieved by the year 2022. Nine states in India will contribute to almost 77% of RE capacity by 2022.

Expected electricity generation from various Renewable Energy Sources (RES) will be around 20% of the total energy requirement of the country in the year 2021-2022 and 24% by 2026-27. India aims to increase solar capacity by 10 times and double its wind capacity in 5 years.

But India isn’t only strengthening its renewable targets, it also aims at weakening the position of coal in the energy market. This NEP estimates that India will need only 44 GW of new coal power capacity to meet its electricity demands between 2022 and 2027.

China’s 13th Five Year Plan (electricity and energy) aims to have 110 GW of solar and 210 GW of wind capacity. If India can manage to keep a steady growth and achieve all the targets that it has set for itself in the field of renewable energy, it can actually go from producing less than one-seventh of producing China’s solar capacity to being almost an equal within 5 years.

Earlier this year, China exceeded its already ambitious plan to install 105 GW of solar capacity by 2020 as a part of its 13th Five Year Plan, forcing administrators to revise the target to 213 GW. Closely following China on its heels, India plans to install 100 GW by 2022 as a part of its National Solar Mission.

With 50 GW capacity thermal power plants already being under construction, as per the estimates by the NEP, the country will no longer have to build new coal power plants in the coming decade and will also have a surplus of 6 GW capacity surplus. But this idea of India shifting its energy base to greener renewable energy sources have drawn criticism from the coal-based thermal power stations.

India’s rising energy demands and the need to connect millions who are still without power will not be possible only through intermittent renewable energy and phasing out coal power units. A major shift towards renewable energy will render some thermal power plants idle and investment in these plants will be wasted as it no longer will be possible to recover any returns from them.

China also has placed a strict cap on thermal power plants at 1,100 GW.

Solar power will dominate growth over the next five years. Since renewable energy is becoming increasingly comparable to fossil fuels on price, it means that fossil fuel alternatives will become cheaper for the next couple of years. But this does not automatically mean they are competitive and the investment will flow. It also depends on the risk of investment and whether remuneration flows to make a project bankable or not.

Increasing scale of wind and solar power and their intermittent nature at the local level means that integrating them with power grids have become more crucial. This means that India has to bring forward policies which make grids more flexible and technologies which will be able to handle and manage demands at peak times.

Of the five largest solar power plants in the world, three belong to China and two of them belong to India. At the end of last year, India’s ranking among the countries producing maximum solar power was at 7th, according to Internation Energy Agency. India increased its capacity in 2016 and hit the mark of 16.2 GW by September this year and brought it’s ranking up by four points, to the third. Major push to renewable energy by India is likely to lead the way in solar power bloom.

Rankings point out where the highlights of their real ambition lie at and neither of the competitors seems to halt. India has plans for an extraordinary 10 GW solar park in Rajasthan, while China wants to build a panda-shaped solar plant installation along with its planned silk road economic belt corridor.

This enormous expansion will need a lot of infrastructures, huge amounts of steel will be at the centre of all, but it is not only restricted to installations in remote locations. India’s target assumes that 40 GW will come from solar panels installed on the top of the buildings. China on the other hand targets that rooftop solar power will account for 40 GW by 2020 and as much as 125 GW by 2040.

India estimates that non-fossil fuel sources will account for 47% of domestic energy capacity by 2022, with the share of coal power falling from 60% to 48%. By 2027 renewables could increase their share further to 56.5% of total power capacity.

Between 2008 and 2013, China’s fledgeling solar-electric panel industry dropped world prices by 80%, a stunning achievement in a fiercely competitive high-tech market. China leapt from nursing a tiny rural-based solar program in 1990s to becoming a global power in the same sector. The country’s move eclipsed the leadership of the US solar industry, which invented the technology, still holds many of the world’s patent and led the industry for more than three decades. China’s dominance of nearly all aspects of solar use and manufacturing – markets that are predicted to expand by 13% a year, came through “unique, complex and independent set of circumstances“.

China had “dabbled” in solar energy only as a source of electricity to help impoverished rural areas remote from its power grid. China began scouring the world, hiring more solar experts and shopping for machinery and polysilicon supplies to meet the expected surge of orders for solar panels.

China bought solar companies and invited others to move to the country, where they found cheap, skilled labour. Instead of paying taxes, they received tax credits.

Solar power projects bid at low tariffs may be at risk as the prices of photovoltaic have risen amid a push in the US to impose anti-dumping duty on cheaper imports from China. The price of Chinese solar panels rose to 20% in the last six months to 35 cents per watt. Growing risks may be a setback, at least in the short term to the target to install 100 GW of solar capacity by 2022 from a little over 13 GW now. This is because 84% of solar panel requirement in the country is met through imports from China. There has been uncertainty over the solar tariffs as well.

Some of India’s biggest solar equipment makers are facing financial collapse, priced out by Chinese competitors as PM Narendra Modi’s government prioritises cheap power over local manufacturing despite his ‘Make In India’ push. India’s solar power generation has already more than tripled in three years to over 12 GW as PM Modi targets raising energy generation from all renewable sources to 175 GW by 2022. Local companies such as Jupiter Solar, Indosolar Ltd, however, are struggling to win contracts. As result, companies are quoting ever low tariffs in auctions to win big projects, encouraged by a steep drop in Chinese solar equipment prices. 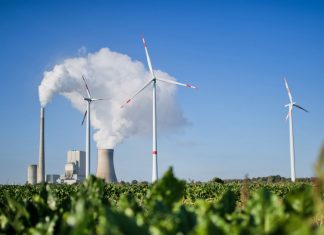