Home Solar Any Way You Slice It, Wind and Solar Cost More and Deliver... A new study by Researchers at the Energy Institute at the University of Texas at Austin shows what numerous studies from the government, University researchers and scholars at think tanks including The Heartland Institute, among others, have consistently demonstrated for years: Electric power from renewable energy sources (not even  counting the huge subsidies for most hydropower dams when they were being built and during ongoing operations) receive much more government support, in the form of direct subsidies and mandates for use, than traditional fossil fuel and nuclear energy to produce electric power. And despite this huge government support, wind and solar power providers have, as of yet, been unable to overcome the inherent weaknesses of these power sources for baseload and peaking power: their intermittent nature.

The new study undertook to “identify and quantify the full-system cost of electric power generation and delivery – from the power plant to the wall socket.” They found 76 distinct federal programs that provided financial support to electricity generation in 2013 topping $17.9 billion.

The study found when considering support for electric power only, the government’s push to fight climate change by reducing greenhouse gas emissions has resulted in a dramatic increase in support for non-carbon based, electric power supplied by renewable energy sources. Renewables receive much more support than fossil fuel-sourced electricity. Indeed, fossil fuels receive no direct subsidies or government support for the electric power they provide, but even counting indirect support, including tax advantages or business expensing, renewable sources of power currently receive between 1,500 and 4,300 percent more in subsidies than electricity provided by fossil fuels.

The researchers found: “Depending on the year, coal receives $0.5 and $1 per MegaWatthour (MWh), hydrocarbons [oil and natural gas] receive approximately $1 MWh [in support], and nuclear $1 to 2/MWh. Support to wind falls from $57/MWh to $15/MWh over our study period, and support to solar declines from $321/MWh to $43/MWh.” As renewable energy sources have increased dramatically in response to subsidies and state mandates, the amount of support has fallen steeply on a per megawatt hour basis.
H. Sterling 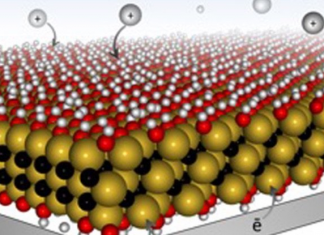 July 24, 2017
Finding time to stop, plug in and recharge could become history, with scientists developing a new electrode design that could charge batteries in seconds...