California oil and gas producer Aera Energy and solar energy supplier GlassPoint Solar announced plans to build the state’s largest solar energy project, located at the Belridge oilfield west of Bakersfield. The companies say it will be the first of its kind in the world to use solar steam and solar electricity to power oilfield operations.

When completed, the facility will have an 850 MW solar thermal facility that can produce 12 million barrels of steam annually and a 26.5 MW photovoltaic facility for electricity, according to Aera Energy and GlassPoint Solar.

“The solar-generated steam and electricity will reduce natural gas currently used onsite in oilfield operations,” the announcement says. The companies expect that the project will save more than 376,000 metric tons of carbon dioxide emissions annually.

In order to extract heavy oil, steam must be injected into the reservoir to heat the oil first, allowing it to be pumped to the surface in a process called thermal enhanced oil recovery. Normally natural gas is used to generate the steam, but the Belridge project will use thermal energy from the sun instead.

“By harnessing the power of the sun to produce oil, oil operators can efficiently reduce emissions using advanced technology,” Sanjeev Kumar, GlassPoint SVP, Americas said in a press release about the project. “Our partnership with Aera demonstrates the growing energy convergence where renewables and traditional energy leaders are working together.”

Three years ago, GlassPoint made the Global Cleantech 100 list of innovative companies to watch in the solar category. During that time, the company worked with Petroleum Development Oman to use solar powered steam generators for enhanced oil recovery operations in Southern Oman. GlassPoint says its solar technology can lower steaming costs and reduce emissions while simultaneously extending the life of aging oil fields.

Currently the number of joint projects between major oil producers and renewable energy players is growing, according to the Washington Post. “The Norwegian oil giant Statoil has announced plans to build solar arrays in Brazil with a clean energy industry partner, and Shell is exploring a possible large solar project in Australia,” the paper reported. “Statoil, meanwhile, has also made a major push into offshore wind energy.”

Aera and GlassPoint plan to break ground on the 770-acre project in 2019, The Bakersfield Californian reported. The companies anticipate that the project will start producing steam and electricity by 2020. Once it’s finished, the Belridge Solar project is expected to deliver the largest peak energy output of any solar plant in the state.
Alyssa Danigelis 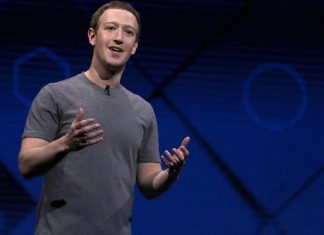 November 15, 2017
Construction has begun on a wind farm that will supply 100 percent of the power required to operate a Facebook data center in Papillion,...