Home Solar How solar energy will transform in 20 years 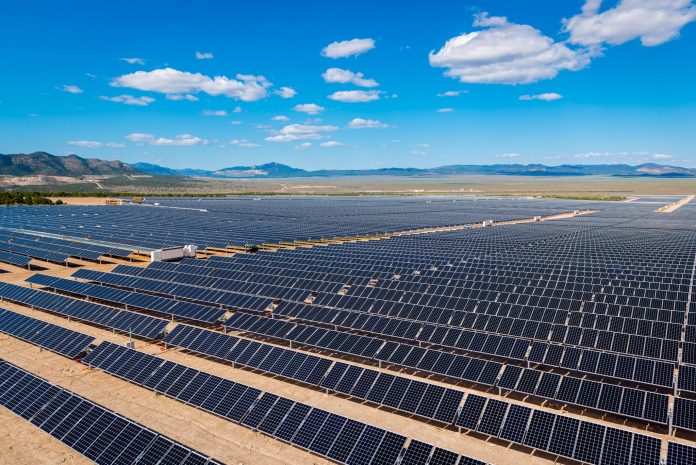 The solar energy industry has been notoriously difficult to predict correctly, as energy experts at the IEA have constantly underestimated solar’s potential and growth. That said, there are many trends in solar that we can foresee continuing or accelerating over the next couple of decades. Here are five ways in which the use and creation of solar power will change by about 2037.

In 1975, solar panels produced energy at a rate of over $100 per watt. The price is less than $1 per watt today. In many countries like Spain, Germany, Italy and Australia, solar is already cheaper than coal. In the U.S. solar will be cheaper than natural gas within a decade.

Costs will continue to decline as solar power installations multiply and solar technology becomes more efficient. Price could decline by an additional 59% by 2025 compared against 2016 prices, according to the International Renewable Energy Agency. Further declines will be difficult to achieve, but by 2040, the price could be two-thirds of its current cost.

Both residential and utility-scale solar installations will multiply as solar power becomes the economically logical choice for energy production.

Governments struggling to mitigate climate change and curb pollution will continue demanding higher levels of solar and other forms of renewable energy even where fossil fuels remain economically competitive. The Philippines, for instance, has set a renewable energy production target of 35% by 2040. And Germany, which has one of the highest renewable targets in the world, plans on meeting over 65% of its electricity needs through renewables by 2040. Analysts estimate that almost one-third of the world’s electricity will come from solar by 2040 globally, including 10% from small-scale (residential) solar systems and 22% from utility-scale solar installations. That’s 14 times greater than the amount of solar power being produced today.

The U.S. will get about 19% of its power from solar even without a national renewable energy production quota. These quotas (known formally as renewable energy portfolio standards) are instead determined by individual states. To date, only 29 states and the District of Columbia have developed renewable targets of any kind, and those targets vary widely in their levels of ambition and their timelines for implementation. Arizona, for instance, aims to produce at least 15% of its energy from renewables by 2025. Hawaii, on the other hand, is on track to produce 30% of its energy from renewables by 2020, 40% by 2030, and 70% by 2040.

Despite the uneven pattern of development, the trend across the U.S. is clear: solar energy will be used far more in 20 years than it is today. Analysts predict that the U.S. will meet about 40% of its total electricity needs through renewable energy by 2040. The exact makeup of each state’s renewable energy portfolio will vary depending on its geography. While inland states might rely more on a mix of solar and wind energy the sunny South and Southwest will probably rely primarily on solar power. States with plentiful rivers and coastlines will use a proportionally greater volume of hydroelectric power.

Over the next two decades, over $7.5 trillion is expected to be invested in renewable technologies, including $2.8 trillion of investment in solar energy. Some of this will go into research and development that produces panels that are lighter and stronger than those we have today.

Panel efficiency will also improve. Today, the best commercially available solar panels operate with about 20-23 percent efficiency. But the next generation of solar technology could be more than 46% efficient.

Other advances will let solar become integrated into more devices and surfaces. Scientists at MIT are working on flexible, transparent solar cells made of organic materials and graphene electrodes. It could hold the key to turning any surface into a source of solar power, but the technology is still experimental. In two decades, our phones, laptops, and other devices could be charged simply by exposing them to light, and skyscrapers covered in transparent solar cells could provide energy for entire city blocks.

Solar panels could also start showing up in other unexpected places. Solar roads are a new technology that turn roads into sites of solar energy production. The solar panels are as hard as asphalt but transparent enough to allow light to enter the solar cell within. Solar roads are also safer than traditional roads since they contain a heating element that prevents the buildup of snow and ice in winter.

The big problem with solar roads today is that they’re astronomically expensive. Late last year, France installed a single lane of solar road panels along a 1-kilometer stretch in Normandy at a cost of $5.2 million. The average cost of paving an equivalent area is about $62,0000 to $1 million. The math doesn’t add up: traditional solar panels can produce an equivalent amount of energy at one-thirteenth the cost, even factoring in the cost of the energy produced by the solar road. But if trends in other areas of solar technology are any indication, advances in solar road technology and reductions in road panel costs will only accelerate. Two decades from now, we could be walking, biking, or driving on solar panels.

China is investing $32 billion — more than any other country — in renewable energy. China’s solar panel manufacturers have an estimated 20% cost advantage over their competitors because of more advanced supply chain development and economies of scale. Already, the world’s two biggest solar equipment makers are Chinese, and six Chinese companies are among the top 10. Only two American companies, by contrast, made the top 10 list.

Small-scale power networks, or microgrids, are not part of the large powerplant driven traditional grids. A microgrid on the scale of a small village, for instance, might have a ring of solar panels around it, or cluster them in a central location. Isolated communities in South America, Africa and Southeast Asia stand to benefit substantially, since it will likely be cheaper and easier to build a microgrid in 2040 than to connect to a distant centralized power plant. June 2, 2017
Here in the United States, we are all eagerly awaiting new innovations from companies such as Tesla and the big 3 (Ford, GM, and...