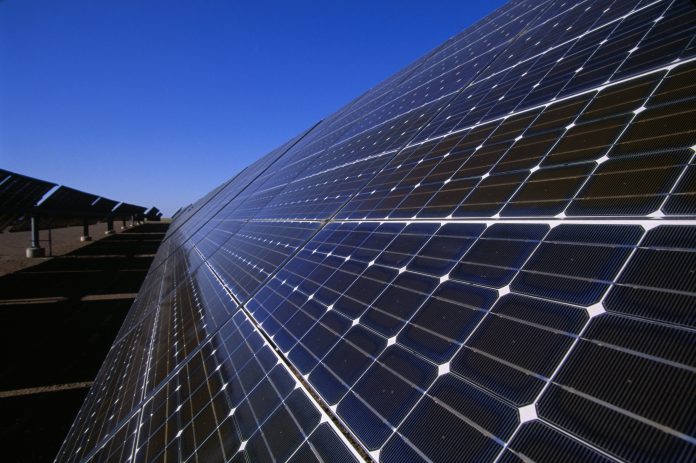 Less than a year into President Trump’s time in office, clean energy developers face a slew of unanticipated threats from the White House and Republicans in Congress that could slow the industry’s growth in ways unimaginable just a year ago.

During Trump’s presidential campaign, energy analysts were skeptical of his promise to preserve the coal industry at the expense of wind and solar. Even the most aggressive attempts at regulatory rollback couldn’t reverse the market forces driving the decline in coal, they reasoned.

But the administration has not stopped at mere deregulation. From the threat of a subsidy for coal-fired power plants to a tax bill that hurts the financing of clean-energy projects, Republicans in Washington have launched a campaign against renewable energy that includes market interventions that alarm other industries, including oil and gas.

Even if these measures never come to fruition—advocates of transitioning from fossil fuels are pushing back—the changed mood in Washington threatens to undermine the confidence of companies planning to invest in renewables. Jeff Waller, of the Rocky Mountain Institute’s sustainable finance practice, described the lingering threats as a “spook factor” that hangs over investment.

“All these different things add uncertainty to planning and project development,” Waller says.

The tax-cut packages that passed the House and Senate represent the most immediate threat to the deployment of renewable energy. The version of the bill that passed the Senate contains a provision that would impose a new tax on many companies that finance wind and solar projects. For some companies, including large multi-national corporations, the new tax could hit 100% and make investing in clean-energy sources a money loser. That financing mechanism generated $13 billion in investment in U.S. renewable energy this year, according to energy research firm Bloomberg New Energy Finance.

The House version weakens tax credits for wind and solar power, including a 40% cut to a tax credit for producing wind energy. Notably, both the House and Senate bills would apply retroactively, disrupting a slew of projects that are already in operation or development. The American Wind Energy Association said the measure would cost 50,000 jobs.

“This is the most immediate threat and could be the most devastating,” says Gregory Wetstone, president of the American Council On Renewable Energy of tax reform. “It would simply undermine the financial structure that is critical for renewable energy and bring a booming sector to a halt.”

Renewable-energy companies are also concerned that the Trump Administration may impose tariffs on solar panels imported from China, where a massive push from the government has allowed the country to manufacture panels cheaply at large scale. A federal agency ruled in October that foreign solar panels threaten the survival of the U.S. solar-panel manufacturing industry, giving the Trump Administration the legal authority to impose a tariff that could kill imports, send the price of solar panels spiking and drive down new installations. (Around 250,000 people work in the domestic solar-installation industry, but only 8,000 of those work in manufacturing.)

“If you were to double the price of a solar module, it would have massive negative impacts for 99% of the solar supply chain,” Amy Grace, head of North American research at BNEF, said earlier this year. “You would be cutting off your entire body to save your pinky.”

A tariff would hurt the key Trump constituency of blue-collar workers and the proposal has faced opposition from conservative groups like The Heritage Foundation as well as the expected supporters of renewable energy. But Trump is reportedly intent on imposing a tariff on China and this provides a relatively easy avenue. The White House has until January to decide on a remedy.

That argument has been widely panned, including by the Department’s own research. But the Federal Energy Regulatory Commission, has final say on the matter. A key member on the commission, Neil Chatterjee, a Trump appointee with roots in Kentucky, has suggested an interim solution to prop up coal-fired power plants at risk of closing while the issue is being debated.

Subsidizing coal, which policymakers around the globe are trying to push out of the electricity mix, would renew its competition with renewables as well as natural gas. Coal use has dwindled in the last decade largely because it’s no longer the cheapest source of reliable electricity.

The new threats to renewables follow years of rapid growth. Wind and solar now represent around 7% of the U.S. electricity mix, up from less than a percentage point a decade ago. The International Energy Agency estimates that globally renewables are expected to make up 40% of power generation by 2040.

Despite the many challenges posed by the Trump Administration many energy analysts see these developments as a bump in the road rather than spelling a long-term end to renewable growth. “The industry has demonstrated over the last seven to ten years a remarkable ability to innovate,” says BNEF analyst Stephen Munro.

But that will be of little solace to the companies that have invested billions in part because they thought the government would keep its word.