Senate Democrats on Tuesday urged Republicans to make changes to provisions of their legislation that would reduce investments in renewable energy sources, as the House and Senate reconcile their differences to complete final legislation.

“This is a direct assault on job creation in sectors that are growing very rapidly,” said Sen. Ed Markey, D-Mass., in a press conference with fellow Democrats. “There is no assault on any oil gas or coal tax credit. This is a designed plan to harm the renewable energy and [electric vehicle] revolution.”

Wind and solar are two of the fastest-growing sources of power in the U.S., providing 7 percent of electricity last year, as the industries have reduced production costs and benefited from tax credits that are set to expire in coming years.

Senate Democrats said Tuesday that just the uncertainty from House provision has frozen $20 billion in investments for wind development.

“The impact of this bill will create tremendous uncertainty at best within the renewable industry and an absence of investors,” said Sen. Ben Cardin, D-Md. “The impact on renewable investors and the sector will be immediate, and we aren’t going to be able to correct that. Some of that damage will be permanent.”

Renewable groups are also concerned about a Senate provision called the “Base Erosion Anti Abuse Tax” that they say would threaten their ability to use tax credits for financing projects.

Another contested House provision would eliminate the use of private-activity bonds that are used for construction of infrastructure projects, including “clean coal” initiatives such as carbon capture and storage projects. The Senate bill maintains use of the bonds.

A private-activity bond allows companies to raise money cheaply for a project that serves a public purpose.

“We hope they will correct [these issues] in conference,” said Sen. Sheldon Whitehouse, D-R.I. “If Republicans disagree on the assault on the renewable energy sector, this is the time to do that.” 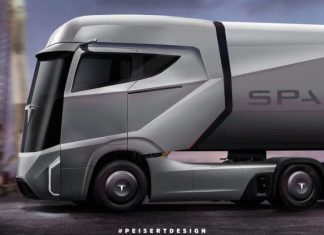 June 2, 2017
Elon Musk is no stranger to making bold and sometimes outrageous statements. He has also been known to put his money where his mouth...