The President of African Development Bank, Akinwumi Adesina, has said that the bank is delighted to support a private equity fund that is focused on promoting renewable energy in Africa.

He made the declaration as the Board of Directors of the bank approved an investment of $20 million in the Evolution II Fund −a Pan-African clean and sustainable energy private equity fund.

“We are confident it will contribute to the Nationally Determined Contributions (NDC) of the bank’s member countries as well as the COP21 commitments,” he said.

The gesture is part of the bank’s wider mandate under the New Deal on Energy for Africa.

The bank’s investment in Evolution II Fund reflects the High 5 development priorities of the bank and in particular, the agenda to Light up and Power Africa. The proposed participation in the Fund is a demonstration of the bank’s commitment to promoting renewable energy and efficiency in Africa.

The Evolution II Fund will invest an estimated $250 million in various renewable energy and resource-efficiency assets across sub-Saharan Africa over a period of 10 years. The fund manager, Inspired Evolution Investment Management, brings experience and knowledge to the project from its previous fund − which focused on the Southern African Development Community (SADC) region and delivered 12 renewable energy projects with a total generation capacity of 925 megawatts (MW).

In partnership with the African Development Bank and other investors, Evolution II will provide growth capital and infrastructure equity to support low-cost, low-carbon, small-to-medium-sized, clean and sustainable energy generation capacity.

Evolution II Fund is expected to contribute to green and sustainable growth by creating 2,750 jobs and building on the track record of the Evolution One Fund (which created 1,495 jobs, of which 20 per cent were women, and generated 838 MW of wind energy and 87MW Solar PV energy).

The share of renewable energy projects as a portion of the bank’s portfolio of power generation investments jumped from 14 per cent in 2007-2011 to 64 per cent in 2012-2016, he explained.

In 2017 alone, the bank approved power generation projects for a cumulative 1 400 megawatts exclusively from renewables and plans to increase its support to renewable energy projects under the New Deal on Energy for Africa. 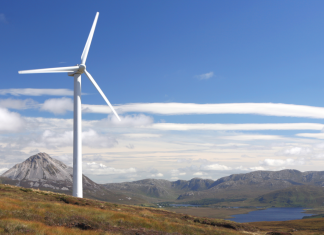