Home Hydropower Trump says he wishes US would use hydropower. It already does 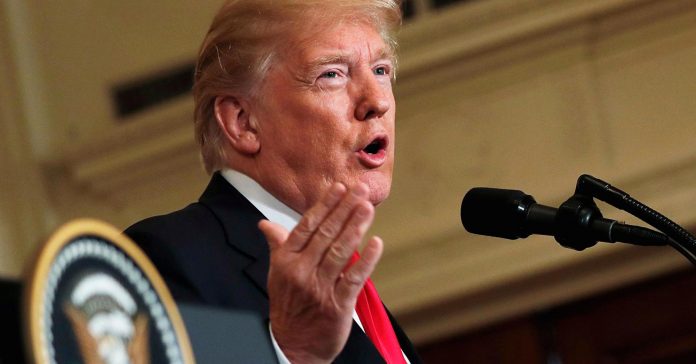 President Donald Trump said Wednesday he would like to see the United States turn to hydroelectric power to help meet its energy needs.

In fact, the nation already taps the renewable energy source for a significant share of its electric power needs.

The subject of hydropower came up in a news conference with Norwegian Prime Minister Erna Solberg, when a reporter asked Trump about his decision to pull the United States out of the Paris climate agreement.

Trump said the deal, which aims to mitigate the effects of climate change, was unfair to the United States. That prompted Solberg to note that Norway has strict energy and environmental regulations to reach its greenhouse gas reductions targets under the agreement.

But Trump noted that Norway has a secret weapon: hydropower meets virtually all of its electricity demand.

“One of the great assets of Norway is a thing called water, and they have tremendous hydropower. Tremendous,” Trump said.

“I wish we’d do some of that, but hydropower is fantastic, and it’s a great asset that you have,” he said.

Hydropower plants generated about 6.5 percent of the electric power the U.S. consumed in 2016. It also accounts for 44 percent of the nation’s power generation from large, utility-scale renewable energy sources.

About half of the country’s hydroelectric capacity is located along the West Coast in California, Oregon and Washington, but nearly all U.S. states generate at least some electricity from hydropower units.

Most of the nation’s hydroelectricity comes from huge facilities built by the government many years ago. The average U.S. hydroelectric unit has been operating for 64 years.

The U.S. Energy Information Administration doesn’t expect the United States to add much hydropower capacity in the coming years.

However, existing facilities can increase their capacity by adding or revamping turbines.

Most dams in the United States aren’t actually used for hydroelectricity, but some could be fitted with turbines to churn out power. The Department of Energy estimated in 2012 that it could potentially generate 12,000 megawatts of power from these dams.