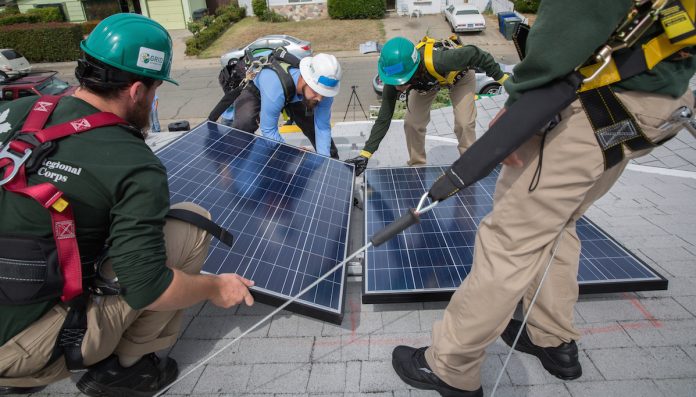 It’s too soon to say if the Trump administration’s decision to impose stiff tariffs on cheap Chinese solar panels will make it more difficult for California to dramatically ramp up renewable energy.

But the move—which adds a 30 percent tax on imported solar components—will certainly make it more expensive.

Reaction in the state has been swift. The residential and utility-scale solar industries are key players in California, with manufacturing and installation companies based here and thousands of jobs dependent on what is the fastest-growing energy sector.

The Solar Energy Industries Association, an advocacy group, estimated the tariffs could kill as many as 23,000 jobs nationwide this year and would discourage investment. An estimated 100,000 Californians are employed in some facet of the solar industry.

Sen. Bob Wieckowski represents a Bay Area district that’s home to a handful of solar companies affected by the tariffs.

“Local employers are already saying it will have adverse effects on their ability to install more solar panels because of the rising costs,” Wieckowski said.

The administration’s decision did not single out Chinese products, but companies in China are, far and away, the leading exporters of solar panels and cells. China’s strategy to ramp up production and increase innovation has driven down the cost of solar energy and made renewable sources much more competitive.

The lower costs, along with federal and state tax incentives, have allowed the burgeoning adoption of residential rooftop installation.

That market shift has come at the right time for California, which has a target of deriving 50 percent of its energy from clean sources by 2030. In the state Air Resources Board’s recent accounting of greenhouse-gas emissions found that the electric sector was a success story, cutting the most emissions in 2016. The agency concluded that California’s large utilities are already at or near the state’s 2020 goal of 33 percent renewable energy.

Solar is driving much of that reduction. So much so that some in the Legislature have called for even more ambitious targets. State Senate leader Kevin de León, a Los Angeles Democrat, has proposed that California be required to go all-in: 100 percent renewable energy by 2050.

De León lashed out at the tariff decision in a tweet, saying, “Trump is willing to harm 50,000 American #solar jobs—the equivalent of the entire US coal sector—and raise your energy bills to cater to his coal industry donors. Bad for America, bad for the economy and terrible for our children’s futures.”

The Trump administration indicated that its action was intended to protect American companies. But domestic solar manufacturing is sluggish, at best. The bulk of the business in the United States, aside from installation and sales of solar gear, is elsewhere on the supply chain, centered on manufacturing materials other than panels.

“It boggles my mind that this president—any president, really—would voluntarily choose to damage one of the fastest-growing segments of our economy,” Tony Clifford, chief development officer of Standard Solar, said in a prepared statement. 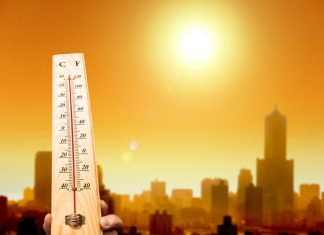 July 2, 2017
Large parts of Western Europe were exposed to severe heat in the month of June, with places like England, Belgium, France Switzerland and the...